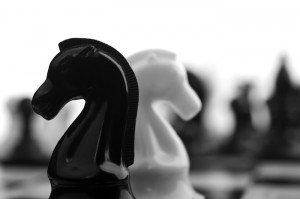 Public relations and content marketing play in the same arena with similar end goals, yet they’re often pitted against one another — engaged in friendly fire between the earned and owned media spaces, between relationship building and storytelling, and between finding and retaining audiences.

But when the two teams learn to appreciate each other and work together, their combined strengths yield powerful results. It creates a holistic marketing platform for a brand that not only meets customers where they’re at, but also engages and retains them as brand advocates.

While it’s possible for content marketing and public relations to have their own separate functions, their combined potential is much greater than the two working in separate silos. PR is about relationship building, message positioning and audience building. Content marketing focuses more on storytelling, building a community around a brand and providing value to an audience.

Both are critical functions, and both have the potential to fill in each other’s gaps. For instance, a PR team might feel pressured to generate hype for the things a company is already doing, even if those things don’t seem particularly exciting. But with interesting and relevant content, the PR team could push out more meaningful, magnetic content to its audiences — lending the team a proactive stance in addition to its traditionally reactive one.

Own Up to Your Potential

1) Easier publishing: Content marketing generates a deliverable that’s much easier for a targeted outlet to pick up and run with. For instance, a guest blog post is much easier for a site to simply publish than a press release, which its editors will need to rewrite in the style and tone of their site.

2) Positive “pitchability”: When working with quality content and a run-of-the mill press release, which would you guess is easier to pitch? A PR team should consider a content marketing team almost like a publishing department that can deliver high-quality, engaging content for media pitches.

4) Better relationship building: By providing valuable content to your publishing partners, you’ll build relationships, which can make them more likely to consider a pitch or press release in the future.

All Hail the Queen

You’ve heard it a million times: “Content is king.” But as Jonathan Perelman, vice president of agency strategy at BuzzFeed, has said, “Content is king, but distribution is queen — and she wears the pants.”

He means that while providing valuable content to an audience is key in any marketing strategy, it’s useless without understanding the right vehicles to distribute that content. And it works both ways. Even if you have a killer understanding of different communication platforms or the way content moves around the Web, it won’t do your brand any good if your audience doesn’t find your content valuable and relevant.

So whether it’s by outsourcing content marketing or directing your PR team to bring a fresh set of eyes into the fold, there needs to be more collaboration between the two divisions. PR needs to understand the type of content that resonates with its client base in the media and how this content can fuel business objectives. The content marketing team needs to understand what PR resources they can leverage — relationships, for instance — and the type of content that appeals to specific target audiences.

Once the two teams understand the unique value of the other, it’s much easier to establish a partnership that allows the content marketing team additional earned media placements and the PR team more owned placements and valuable content. Because when both sides are in sync, they make one unstoppable marketing force.