Opportunities and Risks: The Impact of Mass Customization 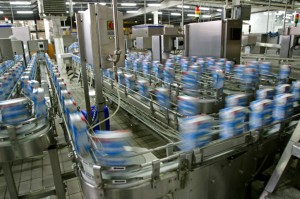 Mass customization is moving fast. So fast that marketers and many others are stopping to consider its possible negative impacts – on both business operations and society as a whole. Like so many technological innovations, it appears to be capable of disrupting the status quo in both good and bad ways. Let’s look at the trends.

The most intriguing example might be Google’s Project Ara. It's more of a project than an actual phone at this moment, but with a super-ambitious two-year timeline and a projected early-2015 launch, it could soon have a big impact. Especially considering a price tag that starts at $50.

With Project Ara, Google is trying to develop two things: an economical “skeleton” that will contain the antenna and hold all the hardware components or “modules” that make up the phone and a super-efficient 3D printer that will create and print the colorful, personalized magnetic “backs” for your modules.

So Google’s aim is to control the production of the “container” for the device and let thousands of other companies compete to create a huge array of modules that fill it up and make it a smartphone.

Consumers would choose modules to suit their performance preferences and needs. Modules would include essentials like the screen and wi-fi technology but also specialty functions like receipt printers or medical devices – whatever there’s a market for.

If the battery wears out or you want a higher-resolution camera, you simply buy a new module on the open market. Unlike an Apple iPhone or a Samsung Galaxy, there would be literally countless “versions” of the phone in operation at one time, not just a few. Your phone could be unlike any other phone on earth.

The project’s leader, Paul Eremenko, recently called it “the most custom mass produced product ever created by mankind” except for “Chipotle burritos.” Google’s stated aim is eventually to get this phone into the hands of 5 billion people.

The concept is breathtaking in many ways, but it also dovetails with significant social and economic questions. Project Ara would “disintermediate” original equipment manufacturers, bypassing their role – and presumably many of the people they now employ to make the world’s cell phones.

The independent developers of Ara modules would presumably pick up the hiring slack, but by how much – especially if Project Ara’s 3D printers are doing work that humans previously did?

This is one component of a worldwide debate – all the way up to the governmental level – about the health of economies that already are struggling to find work for lower- and medium-skilled workers.

We’ve seen this at play in ecommerce already. Sites like Amazon and Alibaba are a classic case of mass customization: Amazon’s computers automatically generate a “store” for you in a matter of seconds. You’re shown products, offered deals, and can make transactions. Brick-and-mortar – and the people it employs – is “disintermediated” in favor of highly skilled marketers and developers, warehouse employees, and the delivery drivers who bring your orders to your door.

This is a simplification, but it gets at the heart of the issue and its concrete outcomes. The rapidly decreasing price of 3D printers will make them available in many homes and businesses by early 2016. What does this mean for retailers and their inventory? Does it go away? You need to consider how this could chip away at business in a few years and how to protect market share.

The current battle to create a superior shopping experience around products that can be sourced from multiple places will intensify. If you’re simply selling a customizable 3D file, how do you differentiate? By price? By add-on? By coupon?

There’s also the question of whether today’s retailers will be agile enough to lead the way. Today’s blockbuster media properties – Google, Yahoo, Facebook, Tumblr, for example – are not owned by yesterday’s media giants. They’re the result of visionary, agile startups that grew at the expense of established media companies. Presumably The Washington Post could have created Google, Yelp, or Craigslist. But today it’s Jeff Bezos, the founder of Amazon, that owns The Washington Post.

Six or seven years ago, everything in the web space was making things specialized and tailored to the individual. Now we expect that, and soon we’ll expect it of individual items. But I haven’t seen any mass merchants doing their own intensive personalization of products. Instead we see manufacturers like Nike and Adidas offering customization, and smaller companies like MixMyOwn.com (cereal) and @60" (artwork). But I suspect we will soon. And time is of the essence — if media properties are any precedent. If mass customization creates opportunities and challenges for economies and large companies, it creates analogous challenges in more abstract realms, like design. Social websites like Facebook and Tumblr operate on mass customization principles, as does SquareSpace, for example, which helps you create your own website. Its designers have created templates that guarantee a visually pleasing result, but broadly speaking, there’s a risk. The process for the user is unique and new, but the result isn’t necessarily as unique as you think. There’s still some ‘mass’ to the ‘customization’. After a while, when it’s more familiar, all the end-products start to look the same.

So in many ways, mass customization creates tension – between technology and stability, between efficiency and creativity. As it evolves, brands, shoppers and even governments, will need to keep all this in mind.