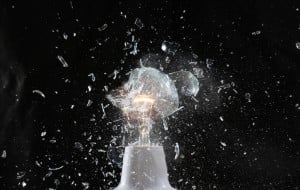 I like to fix things. I don’t care what it is, how it works or even if I know the first thing about it. If something is broken, I will find it and fix it. I was born with this particular gene. And I am in good company.

The fixer mentality is a trait found in many high-profile leaders, especially business leaders. It’s an ethic, really, an insatiable drive that is celebrated and written about in the annals of business lore. But as much as the fixer is lauded, this particular ethic can actually be more of a hindrance than a blessing for many businesses.

You see, the problem-solver mentality is like a hammer. And to a hammer, everything looks like a nail. Fixers are driven to find the problems. And why not? Problems give them purpose; they prove a leader’s value and ingenuity, and most insidiously, problems are everywhere. You can’t step out of your car or open your email each morning without tripping over a problem to be solved.

However, finding and fixing the immediate problems of a business rarely leads to real solutions. Because the problems most businesses face are almost always just symptoms of deeper issues. Business is a highly complex organism with thousands of interrelated parts, complicated by layers of process and systems, people and emotions, relationships and politics and so on.

Fixers often oversimplify the problem to make it quickly solvable so they can move on to the next issue at hand. Meanwhile, the head they chopped off just grew 10 more.

Now, this may appear to be a broad generalization, but it’s completely irrefutable: The underlying cause of the majority of problems every company faces today can be directly tracked to people.

People are the least controllable asset a company has — the Achilles’ heel of any leader. Whether something works or doesn't work within an organization comes down to how people execute against it in every interaction, with every customer, at every handoff, through every conversation that takes place by every person inside and outside the organization.

No matter how brilliant or decisive leadership is, if people don’t add value to their vision, improve on it and feel a personal responsibility to make it happen, nothing of real substance can be built. No rapid growth, no enduring company, no sustaining brand.

If you look at the fastest growing companies in the world — companies like Google, Apple and Patagonia, for example — you’ll find a powerful ethic throughout their organization, not just with leadership. People within these companies are highly motivated to make every detail better. They are empowered to add value in their jobs, build better systems, improve relationships and care about outcomes.

But this level of dedication is driven by something much bigger than any one leader; it's built through culture. What leaders need to learn is that if they want to fix anything within a business, they have to fix culture first.

Yahoo CEO Marissa Mayer took her lead from her experience at Google. Her first job at Yahoo: fix culture. The company is in the midst of an astounding turnaround. The stock price has double since she took over a year and a half ago, following five previous CEOs trying to “fix” the company since 2008. None of which created even a blip in revenues or stock price for all their efforts. Marissa focused on culture. And what’s most important, this culture is building a foundation for a great company for the decades ahead.

There’s a simple reason culture is so powerful. While people are often the source of problems for companies, they can also be the greatest source of solutions. An empowered culture drives people throughout an organization to take personal responsibility for their work, to identify problems at their source and take the initiative to fix them or bring them to the attention of people who can, often before they even become problems.

Culture can become a force so powerful that is transcends the four walls of the company. It can begin to infiltrate the marketplace and become the reason consumers choose one company over another. Consumers increasingly choose products and services because of the organization behind it. And that is where culture takes it biggest role: as the driver of brand. Look at the powerful companies I mentioned earlier. They are culture driven companies. And this culture is so pervasive that is has become their brand. These brands are so inspiring that people want to work for these companies as much as buy from them.

As a leader, your primary role — and greatest challenge — is to build culture. The sooner you begin to look at leadership as the empowerment of people through culture, the sooner you can build a true foundation that will correct the problems the company faces through the people who are in the midst of it every day. More than vision, product or decisiveness, culture is what builds great companies and enduring brands.