Ad Agency Positioning: 13 Companies That Have Found Their Focus 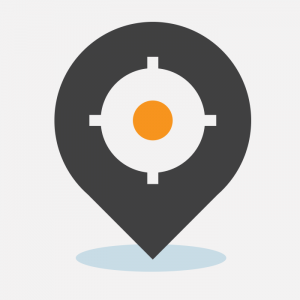 Positioning has become an industry buzzword.

But that doesn’t mean it is without merit.

There are thousands of agencies — many of which offer the same services, promise similar results, and are generally positioned the same.

So, why would a brand call one agency over another?

Why take a left, rather than the easier right-turn, if both lead you to the same type of business that sells the same thing?

Focus is the issue, and positioning is often the way to find both focus and success.

Here are 13 agencies that standout through their positioning and four questions to consider when defining your positioning:

1. Can deep category or industry expertise set you apart?

Founded in 1981, MMGY Global is one of the largest travel, hospitality, and entertainment marketing communications firms. It revitalized the image of the city of Cleveland, branded the Trump Hotels, and created an experiential marketing campaign for Lufthansa USA. Its headquarters are in Kansas City, Missouri, but the agency has expanded to include locations in New York, Orlando, Fort Meyers, and Denver. Having this specialty doesn’t mean that the agency rests on its category experience.

“I think we get invited to the dance quite often because of our travel specialty,” said Clayton Reid, president and CEO. “Once we get into a new business competitive environment, we have to translate our thought leadership in the travel space to a meaningful brand and marketing solution. We still have to earn the relationship.”

The agency focuses on research and thought leadership to further establish its expertise, publishing whitepapers on content marketing for the travel industry or guides on Facebook marketing. It also holds a yearly conference — The MMGY Summit — to discuss emerging trends in travel and tourism.

Based in Greenville, South Carolina, Cargo is focused on helping brands connect with small businesses — what the agency had named B2SB Marketing. Cargo was founded in 2006 and boasts a team of 30 employees, and it attracts brands like Mercedes-Benz, Daimler, Microsoft, and Healthstat. The agency offers a wide range of services, but through the lens of what small business owners want and need to succeed, and then how brands can tap into the opportunities of connecting with these entrepreneurs. To help facilitate conversations on small business marketing, Cargo runs a Business-to-Small Business Marketing group on LinkedIn.

Healthcare and pharma marketing is one category specialty that many agencies have been built around, but Cambridge BioMarketing specializes in marketing and advertising for orphan drugs — medications for those with rare diseases such as Paroxysmal nocturnal hemoglobinuria, Morquio A, and Gaucher Disease. The agency's director of clinical strategy has a Ph.D in molecular medicine — not something you typically look for in a new agency hire — but when you are working with brands whose specialty is in cellular metabolism, you need people with a different point of view.

2. How can your deep knowledge of an audience — its preferences and priorities — help connect you with brands?

Located in the heart of the rust belt, Ohio-based Sonnhalter specializes in marketing to professional tradesmen in the construction, industrial, and MRO (maintenance, repair, and operations) markets, aptly named Business-To-Tradesman (B2T) marketing. This niche is anything but limiting: More than half of the agency’s revenue is generated by relationships with brands that are located outside of Ohio.

“Agencies think that by niching, you miss out on opportunities,” said Matt Sonnhalter, president of the agency that was founded by his father in 1976. The reality is that “different types of opportunities appear that are more in line with the type of work you want to do.”

An example of this would be the agency’s work with WD-40 and Energizer — both were looking to launch products in the industrial market and understand that general consumer distribution methods wouldn’t work.

Important to the marketing of the agency is its Market Overview guides for both new clients and current clients who are looking to get into a related market and its Tradesmen Insights blog.

Commonground believes that the “traditional definitions of general market and multi-cultural are obsolete,” but it also has completed a lot of what would traditionally be defined as multi-cultural marketing — which to their point also appeals to the general market — for brands like Coors, Coca-Cola, and American Family Insurance. Its diverse staff in an industry that is homogeneous is as unique as its approach to work that appeals, rather than stereotypes, consumers.

By 2017, 50% of the adult population of the U.S. will be at least 50 years old, and currently, there are more than 76 million baby boomers. That’s a considerable consumer market that is ignored or considered a secondary market by many brands. BoomAgers, founded in 2011 by Peter Hubbell (formerly an executive vice president at Saatchi & Saatchi), focuses on providing key insights and marketing for brands that are smart enough to realize the potential of connecting with this group. Because of its focus and expertise, Hubbell is called on for commentary for WWD, WSJ.com, and The Internationalist.

Based in Atlanta, Tribe has worked with Porsche, Coca-Cola, Target, and UPS on their internal communications and employee engagement. Tribe believes that “employees are the most important audience for any company, because they’re the ones charged with delivering the brand promise to customers and consumers”. The agency publishes a magazine, The Tribe Report, which features content on internal communications best practices, retaining talent, and engaging employees.

Barkley is a full-service agency located in Kansas City, Missouri, that employs around 300 employees. The agency has worked with brands like Bunny Blue Ice Cream, Dairy Queen, and Quiznos.

In 2009, Jeff Fromm joined the agency as the head of sales. His point of view was that the future of marketing would be found in content excellence, meaning people would use Google to find expertise and information on a specific subject. Sounds familiar, right?

He used Google in the opposite way. He looked for the “absence” of information, trying to discover subjects where very little expertise existed and areas that would be valuable and relevant to his clients.

Eventually he landed on Gen Y (also known as Millennial) consumer trends and realized there was very little information for such an important topic. He partnered with The Boston Consulting Group and Service Management Group (SMG) to produce a report — “American Millennials: Deciphering the Enigma Generation.” Recently, he launched FutureCast, amillennial trends consulting company.

Fromm emphasized that positioning your agency as an expert is one thing — proving that expertise is another.

“You got to have a point of view,” Fromm said. “You can’t walk in and say you are an expert in ‘this’ and have no proof.”

Fromm is frequently called on to comment on Millennial trends for The New York Times, The Washington Post, and NPR.

“If you want to win the positioning battle for your agency, be wildly unique and wildly relevant to your intended target,” Fromm said. “It’s what you would do for your client.”

3. How does your pricing differentiate your agency?

Anomaly made news with its win of the Virgin America account in 2007, where it didn’t show ads. Instead, it produced designs for the interior of the A320s. The agency has negotiated fees with other brands by basing its fee based on a percentage of sales, obtaining equity in the company, or securing rights to the intellectual property.

As for its own IP, Anomaly launched Eos, which outsold ChapStick in the U.S. in 2013, and its cooking show with Eric Ripert, “Avec Eric,” won an Emmy and a James Beard Award in 2011.

The agency pricing model along with its successes in launching and growing products has differentiated the New York-based Anomaly.

Paul Roetzer founded PR 20/20 in 2005 in Cleveland, Ohio. It started as a PR and marketing firm, but has evolved with the rise of inbound and content marketing.

Roetzer came from a traditional agency that relied on a billable-hour model, but that has never been a point of ease with him.

“I really struggled to understand the value of the billable hour," he said. “It is wildly inefficient and heavily favored the agency, not the client. At its core, the longer something takes the more money the agency makes. As a result, professionals often are more worried about meeting hour quotas or staying within monthly retainer limits than they are with delivering the level of service and quality needed to produce measurable results for clients.”

In August 2014, PR 20/20 publicly released its Point Pricing model, a pricing structure it has been using since last fall. Its pricing is outlined in detail on agency’s site, a level of transparency that is rare in the industry.

The basis of the model is that each campaign has a point total that is based on value, rather than how many hours is required to complete the work. Each campaign is then broken down into projects and tasks that will help the agency meet the overarching campaign objectives.

Based on a sample game plan created by the agency, a client could have a custom plan of 100 points per month. An ebook might be valued at 36 points while campaign management is 10 points. The game plan’s point allotment is also tied to a progress field, and each month, the projects and tasks are reviewed in relation to the final goal to determine if points need to be reallocated to boost or capitalize on opportunities.

“Everything is designed to achieve very specific outcomes,” Roetzer said. “And that’s where a lot of agencies falter — they focus on the deliverables and not the outcome.”

4. Does your agency’s structure change the way you work with brands?

Located in Minneapolis, Solve was founded by execs from Fallon and Carmichael Lynch. After working for integrated, full-service firms, the founders wanted to create something different.

John Colasanti, CEO of Solve and the former CEO of Carmichael Lynch, said: “I was on that side of the table. You would try and shape yourself in a way that you could get most of your client’s marketing wallet. You didn't want anybody else in the hen house — so to speak.”

Colasanti and his partners wanted to create an agency where you didn’t have to try to sell search or social or mobile ideas because you needed to keep the search, social, or mobile team busy. And in the end, all these specialties aren’t really “best in class” offerings because the departments and additional offerings were originally bolted on the agency’s core framework to better serve a previous client. Solve works on a “hub and spoke” model, delivering branding, positioning, and communications, but it collaborates with freelancers and others agencies to deliver on work when needed.

Founded in 2011, the agency has worked with brands like True Value, Organic Valley, Bentley Motors, and Porsche.

Sparks & Honey blurs the line between newsroom, trend reporting, and agency. It has amassed an influencer board with members ranging from experts in parenting to beauty and fragrance to spirituality. It has a daily culture briefing and has recently gathered — virtually — a group of cultural scouts from 14 countries. Founded in 2012 in New York, the agency has grown its client roster from two to 18, which includes brands like Hyatt, Life is good, Gerber, and VH1.

Victor & Spoils brought crowdsourcing to the agency world in 2009 and has worked with brands like JCPenney, Adidas, and Harley Davidson. It even took on transforming the image of broccoli — yes, the vegetable. The agency builds a team from the ground-up, bringing together creative from across the globe to solve challenging marketing problems.

Ad Agency Positioning: 13 Companies That Have Found Their Focus