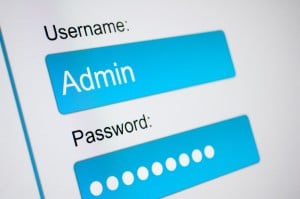 Companies that obtain private consumer information online – often by searching social media content without users’ permission – and use it in unscrupulous ways have received a lot of negative press, and rightly so. But what about companies that demand access to jobseekers’ private information online as a condition of employment? What is the value of the information they might find? Is it really so important to know what employees do on their own time? Isn’t their ability to do the job the important thing?

Practically all hiring managers and recruiters check out job candidates’ public social media footprint before making an offer or even granting an interview. In the earlier days of the social media revolution, this practice often caught jobseekers – particularly younger candidates fresh out of college – unaware, and many had their prospects sunk by photos of themselves passed out in public restrooms or participating in tequila-shooter contests.

As these stories began to emerge, social media users wised up and started to be more discreet about what they posted for public consumption. Social media platforms altered their privacy tools to accommodate their users’ appetite for greater privacy protection, creating closed groups and other safeguards to allow users to converse privately.

Do You Have Something to Hide?

In response, some employers turned to more coercive policies to regain access to the information that was increasingly under wraps. A public furor erupted recently when it was revealed that potential employers were asking job candidates to provide their Facebook passwords during job interviews.

The practice seems to be fairly widespread. Candidates for Virginia State Police positions are required to sign a waiver and then log into their social media sites and allow the interviewer to review private content. A spokeswoman for the Virginia State Police called the practice a “virtual character check.” Others who defend the practice of prospective employers demanding Facebook and other social media passwords argue that only those with something to hide would object to handing over the information.

There are many troubling ethical implications to this line of thought. The same rationale could be used by an employer to demand the right to search a prospective employee’s home or surreptitiously eavesdrop on private phone calls as a condition of employment. Very few people would consider those practices fair, but are they really so different from demanding the right to rummage through a jobseeker’s private social media communications?

What Is Fair Game?

Part of the disconnect between what is fair game and what is not may be caused by the blurred lines between public and private information on the Internet. The concept of Internet privacy is still evolving – in the courts of public opinion and law. A consensus has yet to fully emerge on what is fair game in tracking consumer behavior online for the purposes of advertising.

Some argue that people should assume that any online transaction – from online shopping to a conversation with a friend on a closed Facebook wall – is potentially public. But this stance ignores the fundamental way the internet has changed how we communicate and conduct business. Online shoppers expect to be able to make a purchase without their credit card numbers becoming public knowledge. Why shouldn’t they be able to converse with friends with similar privacy expectations?

The controversy may be partially due to a generational disconnect: Many colleges and universities have noticed that incoming freshman classes are forsaking email in favor of social media as their primary means of communication, which they use in lieu of phone calls and email messages to keep in touch with friends and family. This reality can help shed light on what a true invasion of privacy employer demands for access to social media passwords are.

New Legal Protections on the Horizon?

At the end of April, two congressional representatives introduced a bill that would ban employers from requesting social media information from prospective or current employees. If signed into law, the Social Networking Online Protection Act (SNOPA) would protect workers and students from online snooping by educational institutions and employers, subjecting violators to a hefty fine.

That seems like a good start. But regardless of whether or not social media snooping is legal, the ethical question remains: Is it my right as an employer or potential employer to have access to my employees’ private communications, no matter where they originate? As an employer and digital media executive, I consider the request an ethical breach, and if I were a jobseeker, I wouldn’t want to work for a company that would attempt to invade my privacy in that way.

I’d rather not know what my employees do on their own time. The only question that matters to me is whether or not they’re capable of doing a good job. And the answer to that question will not be found on Facebook.