Mobile Advertising – What They Don’t Want You to Know 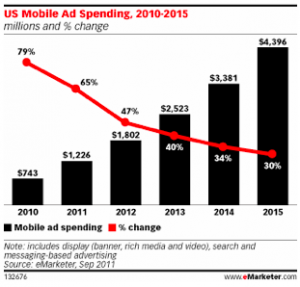 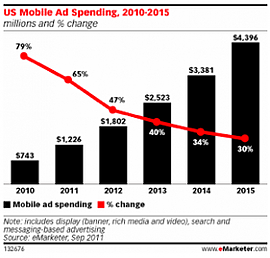 After years of faulty predictions proclaiming “the year of mobile,” it appears that in 2011, mobile marketing has finally arrived. eMarketer forecasts ad spending for mobile to reach $1.2 billion this year, up a whopping 65 percent from 2010. By 2015, spending on mobile advertising is expected to reach $4.4 billion. 2015 is also the year that International Data Corporation (IDC) predicts more consumers will access the Internet from mobile devices than from PCs.

So what has finally made mobile marketing relevant? Smartphones and iPads/tablets, or more importantly, how those smartphone and tablet consumers use their devices. Earlier this year, Google released the findings from an Ipsos OTX research study on mobile user behavior that revealed why mobile is becoming such an important piece of the overall marketing puzzle.

In that same study, 82 percent of smartphone consumers reported noticing mobile ads. Performics just forecasted that 17.3 percent of all paid search clicks for this upcoming December holiday season will come from mobile devices. That’s almost double the percentage of searches on mobile from last year.

Mobile Advertising Fill Rates Are Dropping?
With all of that good news, it seems incongruous that fill rates for mobile publishers are actually dropping, but that is just what Smaaato, one of the leading supply side platforms for mobile, is reporting.

For the top 20 ad networks in the U.S., overall fill rate declined from 27 percent to 19 percent in Q2 compared to Q1. So why is mobile ad inventory outgrowing ad demand despite the growth in overall mobile ad spend? Unfortunately, a lot of it has to do with the difficulty in measuring return on investment (ROI) on mobile ad spend.

For ad networks, measuring impressions and clicks on mobile is still a function of the ad servers, just like on the desktop. Where ROI measurement gets tricky is when you try to track conversions. Although smartphone browsers can execute JavaScript to set a cookie, the persistency of the cookie for tracking purposes isn’t reliable. Cookies can be used fairly consistently to track session behavior, but they are not reliable enough to associate any historic behavior. This has proven to be a major issue when it comes to behavioral data collection and advertising conversion attribution.

Lack of Transparency
The data collection/conversion tracking issue is compounded by the lack of transparency by the major ad networks. All of the major networks operate as blind networks. On the surface, this appears to be a benefit to the ad networks, as they can combine impressions on low quality sites/apps with more effective site/app impressions in one campaign bundle and sell it at a higher estimated cost per thousands (eCPM) rate. However, the blind bidding may in fact be limiting the total number of ad dollars being spent on mobile, which would help explain the decline in mobile advertising fill rates.

Because of the lack of transparency, advertisers are, for the most part, forced to rely on the ad networks optimization algorithms in order to reach their campaign ROI objectives. For advertisers used to the targeting options available on desktop ad campaigns, this leap of faith may be too much to accept for anything but test budgets.

Outside of basic targeting, there are very few options for advertisers when it comes to optimizing their campaigns, such as device type, OS and geographic region. For in-app campaigns, advertisers can choose category types, but these tend to be very broad, e.g. games, social networking and productivity. Mobile website ads also tend to be sold in these same broad categories. The ad networks provide little to no insight into which apps/sites your ads are actually appearing on.

For app developers looking to use mobile advertising to push more downloads of their apps, the cookie tracking issue isn’t a problem. The ad networks use the unique device ID (UDID) to match ads served to app downloads on the device. This gets around the cookie persistency issue, as the download can occur at anytime within seven days of the ad being served and still be counted. 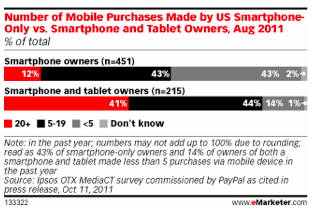 Of course, this assumes that the app download occurs on the same device as the ad click. With the rise in number of consumers that own both a smartphone and an iPad/tablet, that assumption opens more cracks in the conversion funnel tracking.

Even with accurate ad-to-download tracking on devices, the advertiser only knows in aggregate which ads/ad networks drove the downloads. There isn’t any insight provided into the specific mobile properties on which the successful ads appeared. Trying to leverage success into larger targeted ad buys isn’t possible based on the general reporting provided by the ad networks.

As if all of these issues weren’t enough to stifle mobile ad spending growth, Apple recently announced they will be removing the ability of apps to capture a device’s UDID, which will make accurate conversion reporting an even bigger issue moving forward.

The Emergence of the Real Time Bidding Platform Offer Hope
So what alternatives do advertisers have? In the last year and half, a mobile RTB market has begun to emerge. The promise of mobile RTB is more transparency in terms of where the ads are served and more insight into which ones are performing best. Nexage has emerged as the leading Sell Side Platform (SSP) in the U.S. with 8 billion impressions served a month. MoPub recently launched its ad exchange with the promise of a transparent self-serve marketplace for both advertisers and publishers. Other supply side players include Pubmatic and Smaato.

Although the movement towards RTB is promising to the current reality of mobile RTB, it is less encouraging for advertisers. Entrance to the RTB marketplace is limited to all but the biggest advertisers. The mechanics behind the RTB marketplace require a bidder platform to which only a limited number of players have access. Even for those that have access, the inventory available is predominantly remnant quality. The major ad networks try to sell their premium inventory within their networks on a CPM basis, mainly to brand advertisers. The few publishers that sell direct, e.g. Weather.com and Pandora.com, don’t currently make their inventory available to the exchanges/SSPs. Private exchange markets have yet to emerge.

Mobile Can’t Be Ignored
Even with all of the aforementioned issues, the mobile advertising market is one that can no longer be ignored. By the end of 2011, 58 percent of Americans between ages 25 to 34 will own a smartphone. The record-setting sales of the new iPhone 4S and the continued growth of the Android market all but assure that smartphones will rule the mobile phone market in the coming years. The spectacular growth of the iPad and the emergence of non-traditional tablets such as the Amazon Kindle Fire and the Barnes & Noble Nook further the shift away from traditional desktop advertising and towards mobile marketing.

Key Takeaways:
• You can’t afford to ignore mobile. Your customers are there and you need to be too.
• Mobile is still very new and lacks the reporting/analytics tools of the desktop marketing world.
• Targeting for specific sites/audiences on ad networks is difficult.
• Real time bidding (RTB) is beginning to emerge and, with it, greater targeting capabilities.

With this shift in focus, the demand for new mobile tools will grow. Alternatives to the cookie-based desktop tools we’ve grown accustomed to will slowly emerge. In the meantime, innovative marketers will use the resources available to come up with workable solutions to take advantage of the growing ad inventory. After years of hyperbole, the “year of mobile” has finally arrived.