The Myth of the Light Bulb Idea 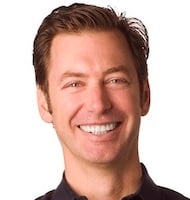 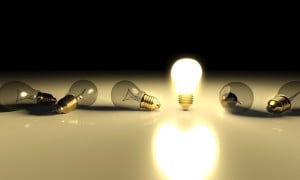 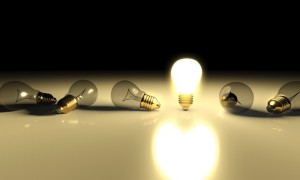 Some days, it’s hard to feel creative and inspired. Days, or even weeks, like that can come at any time. On some cruel occasions, they can also happen the day before a big design deadline. When those moments attack, you are truly “blocked,” but not by the things you have come to believe.

There is a pervasive myth that genius or flashes of creativity come in an instant. In some blinding moment of creativity, an idea for something amazing is revealed to you. That belief couldn’t be further from the truth. Creativity is never blocked. Creativity is just hiding behind something called perseverance and hard work.

The prevailing myth is that creativity strikes like lightning or dries up like water in the desert. So common is this fallacy that it has managed to create its own list of acronyms and visual icons. The light bulb, the striking lightning and the mad scientist “Eureka!” moment are the most nauseating.

Being Comfortable with Making Mistakes

Creativity is not a light switch you can turn on and off. It’s a process. Generally, it’s a hard-earned process that includes a string of dead ends or failed attempts. To be creative is to be comfortable with making mistakes. Creativity requires its students to get out of their comfort zones and stop seeking instant inspiration.

Creativity, in that true sense of the word — to create, is an evolutionary process. It’s a series of experiments. It can take a long time and require a lot of patience. It rarely comes in a flash. It certainly never comes without resistance, both from within and from others. That resistance is the feeling of being blocked. Procrastination and anxiety are the result. That anxiety prevents us from making even the smallest steps towards creating something.

This creative anxiety is borne out of a society that expects perfection. Many of our schools teach that answers can be only wrong or right. There is very little opportunity for experimentation. We reinforce this by placing a graded response to all work instead of rewarding perseverance. Imagine a school that gave higher marks to the child that made the most attempts.

Truly creative people have a high tolerance for making mistakes. What makes them creative is that they just keep on pushing through the disappointment of failure. They try again and again. They almost relish the process. I won’t bore you with how many failed light bulbs Edison had to go through to find one that worked. You all know the story. And even then, it wasn’t perfect. Compared to light bulbs today, it was a miserable failure. But it was enough to be incalculably disruptive to our modern standards of living.

Creative genius is rare; not because it’s reserved for some select few, but because it requires lots of effort. It should be called “creative bloody-hard-work,” not creative genius. We’ve disguised it in mythology because we don’t like the idea that it’s available to all of us. We like the idea that we can blame our lack of creativity to some twist of genetic fate. It’s easier to defer greatness with statements like, “Oh yeah, but she’s got the artistic gene” or “He’s always had a talent for drawing.”

Great design is so rare because it requires equal amounts of hard work in both the sciences and the arts. You need the grace of an artist and the rigidity of a scientist. Equally important forces give designers a somewhat unique place in the creative realm. On one hand, there are physical rules that guide their work and, on the other, there is an expectation for designers to “think outside the box.” This tension would be overwhelming if it weren’t for a process. A process is nothing more than a series of steps to go from a blank page to something worth editing.

Designing great products, whether they are physical or virtual, is always a process. In that way, the product is the process. The path to creating something new is more important that the thing that emerges. Nothing is perfect. Everything we create is merely a step towards the next thing we imagine. Sometimes it’s more useful to think of designers as editors of ideas. The editing process is experimental and evolutionary. It’s about tweaking and fiddling, something that’s easier to do than manifesting the whole thing in a flash.

This realization that the process, and not the outcome, is the creativity, is a very powerful idea. It moves us forward. When we feel blocked, we can get inspired again by focusing on the process. An example of this is writing a book. We can all imagine how difficult that first line or page must be to write. But great writers don’t judge that first page. They set forth a process that requires them to write a few pages every day. It doesn’t matter whether those few pages are perfect or not, just that they have been written. Very soon, the very act of writing creates good ideas. With the discipline of daily writing, those pages aggregate into a book.

Design is the same process. Imagine for a moment you’re designing a new website for a big client. In almost all cases, the new design will not spring forth like a fountain the moment you read the brief. Instead, you’ll embark on a series of sketches. Experiments. Some will be good and some will make you question your creativity. Slowly, though, they will start to reveal something worth editing. The point being that those initial rough sketches started a process. That process moved you to the next step and then the next. Dragging you away from your anxiety towards something exciting enough to push you to the end.

Here are ways you can develop creativity in your agency or firm:

Black Friday 2014: Is Your Brand Ready for the Online Rush? [Infographic]

The clothes. The smoking. The drinking. The illicit office romances. Everything about AMC's wildly popular drama Mad Men screams of a bygone era. That is, except the script. Don Draper might deal in print ads, billboards, and radio spots, b...