6 Lessons for Spreading Ideas from TED 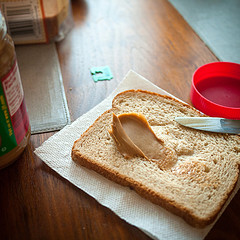 June Cohen, executive producer at TED , took the stage in Austin, TX at South By South West Interactive to talk about radical openness and spreading ideas. TED was orginally founded in 1984 as a conference to celebrate technology, entertainment and design. In 2006, TED put all its Talk videos online for free and they have gained tremendous popularity, delighting 100 million viewers each year.

TED changed its business from an elite gathering to an open ecosystem. As TED opened up its content, it started to challenge itself. At SXSW, TED launched an API to provide access to developers who want to build apps with TED content. Cohen admits that becoming radically open is scary and hard to do. However, she noted, thanks to this openness TED has been able to grow in a way that would have never been possible.

In 2006, TED launched its videos online as podcasts and in 2007, TED launched a website for conference videos. It was scary because it took TED from an exclusive club to an open media channel consumed by millions. They worked against the basic principles of business and ignored the conventions of a luxury brand. After releasing content for free, TED Events actually sold out faster at a higher price. The goal of this openness was to spread ideas, and that had an unplanned impact on the business.

In five years, 900 talks have been posted online and have been viewed 400 million times worldwide. More than half of the videos are viewed on TED.com but the other nearly 50 percent are viewed through YouTube, embeddable players and downloads. According to Cohen, allowing an embeddable version of your content is the most important thing your can do to allow your content to spread.

1. Reach People Everywhere - No matter where your customers are and how they access information, it is critical that they have the option to learn from your business.

2. Embrace Open Models -TED released its videos under creative commons, even though that meant giving up control of their content and brand. As a business, consider ways that allow others to build on your content and ideas.

3. Designing for Small Screen - Mobile content is crtical. When planning for mobile content, you have to think about it from the very begining of production. For example, use tight close up shots for videos that will be viewed on a mobile device.

4. Start Strong - One of the hidden keys for TED Talks is starting strong. It is critical to grab users' attention from the very second the presenters start talking. TED does this by editing out all introductions from the videos that they share on their website.

5. Evoke Contagious Emotions - Elevation is an important emotion that many marketers ignore. Elevation is when people have a reaction to a piece of content that makes them feel like they have a higher purpose. The contagious emotions that people get when watching TED talks inspires them to share the content. Cohen gave the video below as an example of content that evokes powerful emotion and elevation.


6. Find Visionaries to Support Great Content - Spreading ideas isn't easy. As a marketer, you should seek out leaders in your organization that can support the content your business needs.

Spreading ideas is an important goal for any business. As ideas spread, so does the reach of your business. While increasing reach starts with great content, the simple rules outlined above in this post can help you think about making your content better and more accessible.

Which of the lessons above is the most important for you?