Marketing Lessons From the SEO Rapper 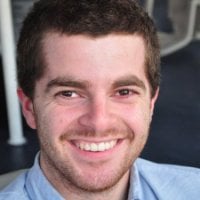 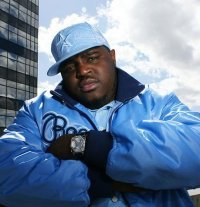 Chuck could sense that presentation he had prepared wasn't going to be remarkable enough to grab the attention of everyone in the room. He knew his message was important, but he also knew that his graphs and power point slides weren't going to get people really excited and energized about his topic.

He joked with his co-presenter that they should write a quick rap about link building to deliver at the end of their presentation.  It would certainly be unconventional, and it might even confuse some people. But Chuck decided that it would be the spark that could make their presentation stand out and get their message to stick with the audience.

A video recording of Chuck's presentation made it on to YouTube and quickly started to spread. A few weeks later, Chuck got a call from one of the organizers of an SEO conference in New York City. They wanted to fly Chuck up from Houston to perform a new rap. Chuck debuted a new video at the conference which got 10,000 views that weekend. A week later, it had over 100,000 views.

Several songs and over 1 million YouTube views later, Chuck is known to many as " The SEO Rapper ." He has grown to be a celebrity amongst marketers and has received many offers to speak at conferences around the country. He made a name for himself and has generated a huge following simply by putting a fresh twist on a sometimes monotonous topic.

Chuck's story is great because it's so simple and yet so powerful.

Many companies assume that their business is too "boring" for them to generate truly engaging, remarkable content that people would want to share. I'll bet you didn't think a video about paid search would spread to 100,000 people, but it has . And you'd probably think I was joking if I told you that an advertisement for a toilet has well over 2 million views, but it does .

One of the greatest things about inbound marketing is that it truly is "brain" over "budget." All it takes is a little creativity and a willingness to step outside the box and your message could be seen by millions.

What's holding you back?

Chuck will be appearing on HubSpot TV this afternoon at 4pm EST. Be sure to tune in!

How SEO is Different Around the World, According to HubSpot Content Strategists

Predictive SEO: How HubSpot Saves Traffic We Haven’t Lost Yet