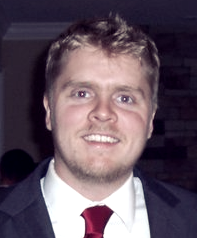 Last spring the Internet was aghast at news that Facebook turned down a $750 million acquisition offer, and was holding out for $2 billion.   Bloggers blasted   founder Mark Zuckerberg, saying he had drunk far too much of the Kool-aid and was heading for a bubble 2.0 crash.   These critics were wrong.   The endless photos of students holding red pixie cups full of beer belie the truth that Facebook is an untapped gold mine.     The intersection of two trends - the shift of spending from offline to online, and the increasing power of targeted advertising - will make Facebook worth far more than $2 billion.

Explaining Google’s Revenue Explosion
Google had already become a very popular search engine before it figured out its true business model.   It wasn’t until 2002 Google that Google launched its Cost-Per-Click (CPC) AdWords program that its revenue skyrocketed.   Using AdWords,   Advertisers could purchase advertisements for certain keywords, and only pay if the user clicked on the ad.   Google employed advanced algorithms to control ad placement and to ensure the highest revenue for Google.     This targeting proved highly effective.   A person who is actively searching for health insurance, is very likely to click on an ad for health insurance quotes.    That click is worth a lot of money to an advertiser.

When launched, average CPC prices were around $.10.   Two years later, the prices were around $.50.   Today they are approaching $1 and they are still rising fast.   This represents an increase in revenue by 10X in four years, without Google having to do anything to improve its search engine.   All Google had to do is create an easy interface to let anyone buy and track advertisements, then let companies bid keywords up to the level of market efficiency.     A whole ecosystem of affiliate marketers and search marketing agencies sprung up to help less savvy businesses sell online.   As companies learned better tactics for landing pages, targeting and conversions, the price only got pushed up more and more.

Facebook – Google-like potential that is yet untapped
According to ComScore, in 2006 Facebook had a similar number of page views as Google.   Facebook was ranked 7 th and Google was 6 th .   Facebook also has a similar potential to target advertisements.   While Google can target based on keyword, Facebook can potentially target the exact person.   However, currently, Facebook’s targeting technology is in the dark ages compared to Google.

To illustrate this point, here is a sample of Facebook advertisements that I viewed last night, and a note on how they could be improved:
University of Phoenix – Bacheleors Degree Programs    Facebook nows I already have a Bachelors degree from a first tier university.   Why would I want another one from an online university? I got about ten of these banners in thirty page views.   It was a complete waste of money.

Netflix – The ad just advertised the service in general.   Facebook knows which movies I like, why not give me a targeted recommendation, with a special offer to get that movie for a discount?

NBA Store – Facebook knows my home town.   This advertisement would be far more effective if it targeted me with Red Sox, Patriots, or Celtics sports gear.

Only a small fraction of the advertisements I saw on Facebook were well targeted.    Adding great targeting can easily give from 2X to 20X improvements in click through rates.

Facebook needs to open up an Ad Center, like Google does.   It needs to allow anyone to buy highly targeted advertisements.   An advertiser should be able to buy in categories such as:   18-22 year old male, from New England, mentions sports/baseball/football in his interests categories. Or:   Junior in college at a top 10 university, mentions computer science or programming in his interests.

When Facebook does this, companies will start gaining expertise how they define their targeting.   Automated analytics programs, like Google analytics, will help them improve their ad copy.   Facebook will see its revenue increase an order of magnitude, just like Google did.

Because Facebook can target ads so well, it has a golden opportunity to capture a huge chunk of that $24 billion.   Facebook needs to grant the targeting power to advertisers.   It also needs to open advertising up so that ads can be purchased online by anyone, rather than needing to call an ad representative.   That will allow the same ecosystem of marketing firms and affiliate sellers that inhabits Google to move to Facebook and drive up the ad prices to the market efficient price.

Facebook – the next Google
The people running Facebook are too smart not to introduce an ad center that offers highly targeted advertising.   Unlike MySpace, Facebook is still owned by the original founders, who plan to take it public. It is likely Facebook will go public, and just like Google, it will start killing its revenue numbers quarter after quarter as billions of advertising dollars move from magazine spending to targeted, online advertisements.

How to Make the Best of Facebook Ad Targeting, According to HubSpot's Paid Ad Specialist

How to Create Facebook Video Ads, According to HubSpot Advertisers