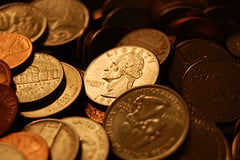 While many important changes have already occurred in 2011, take special note of the three below as you plan marketing strategies and adjust budget allocations.

3 Key Events for Marketing Change in 2011

1. Netflix and YouTube Become Content Creators - Since their beginnings Netflix and YouTube have been about providing a platform to distribute content for others. In Netflix's case it was mainly distributing content from movie and TV studios first through DVDs and then through online streaming video. YouTube has always been about letting individuals share video content on the Web. However, in the first part of 2011, both companies made interesting announcements. Netflix ordered its first orginal series , becoming more like companies such as HBO. Similarly, YouTube has allocated $100 million to pay for custom content for distribution on its platform.


Marketing Takeaway: Content creation is growing in importance. As traditional content distributors enter the content creation business, the competition for the current network and cable TV business model will likely increase. In Netflix's case, for instance, viewers could shift away from cable TV and thus impact traditional advertising revenues.

2. The Flip Camera Dies - The Flip video camera in many ways is responsible for the widespread adoption of online video sharing. It was really the first device that made it simple to create and share a video online. A couple years ago, tech giant Cisco bought Flip maker Pure Digital. Yesterday, Cisco announced it was no longer going to manufacturer the Flip as part of its corporate restructuring. Many blame smartphones, with their improved video recording and sharing capabilities, for the death of the Flip.

Marketing Takeaway: Video and mobile are growing together. A recent Social Media Examiner report stated that marketers plan to increase their use of YouTube by 77%. Even though the Flip is dead, video is on the rise. Marketers are simply evolving the way in which they capture and produce video content.

3. Gmail Enables Inboxes to Become Personal Again - In March, Gmail, Google's free email service, released an innovation that may likely serve as a watermark for email marketing. When Gmail released Smart Folders as a labs feature , it enabled consumers to filter all email that doesn't come from actual people into a separate folder outside of their inbox. All email marketing messages that come from an Email Service Provider (ESP) can now go into a separate folder and never make it into the user's inbox.

Marketing Takeaway: Email marketing is changing and users are equipped with better tools to block unwanted messages. Does this mean email marketing doesn't work anymore? No. However, these types of innovations make it critical for marketers to focus on sending valuable and engaging content via email. Additionally, marketers should plan on diversifying their online marketing efforts to include all aspects of inbound marketing, instead of relying solely on email.

Look around you, what other important changes are happening today that could impact the way we market for years to come?