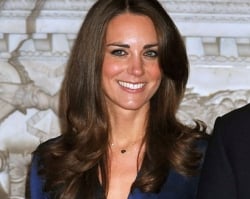 Whether or not you’re into the most talked about wedding of the century (ahem, William and Catherine aka Kate in case you haven’t been watching the news), you probably haven’t been able escape the speculation of what the soon-to-be princess will be wearing on her big day.

In fact, chatter about Kate’s wedding dress is one of the highest search trends on Google and every possible mention of it stirs up even more gossip.

Keeping Middleton’s wedding dress under wraps actually teaches us an important lesson about marketing. Kate’s biggest secret – her wedding dress – is an excellent example of creating anticipation, excitement and buzz .

Here are three marketing takeaways from the Royal Wedding:

It’s common for companies to announce news when it happens. When this occurs, there is so much missed opportunity left on the table by not making a pre-announcement way beforehand. If William and Catherine decided to announce their wedding date on the wedding day itself, companies currently profiting from the event would lose out on a lot of money .

This is the same reason companies like Apple schedule exciting press announcements regarding new product releases: to generate pre-release buzz. In another example, Netezza (now an IBM company) created an entertaining video of a popular industry authority sneaking into their facility in order to get a first-hand peek of a not-yet-released product ( here’s a copy ).  Think creative and out-of-the box when looking to generate buzz, and start by doing it early.

2. Don’t Give Away The Secret Too Early

The fact that we have to wait until April 29 th to see the dress is creating a snowball effect of buzz. Every day that gets closer to the wedding, the more fans itch to see it and the thrill of a possible glimpse of the dress itself keeps us captivated. But at the same time, we know when our curiosity will be satisfied, so we’re not left in torture.

When you think about creating buzz for your company, give a date (or approximate timeframe) as to when something will be announced, but give yourself enough time to generate that buzz. This is the same technique that movies do when trailers are released. This gives your audience an expected day that they’ll be waiting for.

3. Give Your Audience What They Crave

Everyone who’s into the Royal Wedding can’t stop talking about it and the media is certainly taking advantage. TV shows and online media networks have been featuring the wedding almost every day this week. Their audience wants to know every detail about the event, and the media is delivering. Look into ways you can satisfy your audience’s craving to create some word-of-mouth buzz.

Overall, when you’re thinking about creating buzz for your company, whether it be over a huge product release, a new partnership, or simply a wedding dress, think about the non-traditional and bold ways you can make that news exciting to your audience.

What other takeaways do you suggest?