Have you wondered if there are differences in the way countries approach social media? Take into consideration specific cultural aspects and the different levels of technological advancement, and social media in the U.S. transforms into a completely different animal elsewhere. Or does it? 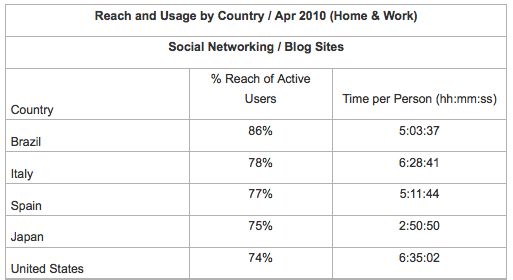 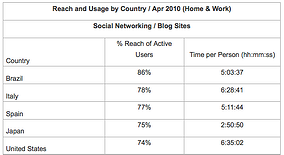 In Australia, where David recently delivered 12 presentations, he noticed that people are engaged in social media the same way we are here, in the US. He encountered examples of businesses that enjoy large reach on the familiar social media channels. In fact, last year’s Nielsen study showed that Brazil, Italy, Spain and Japan are ahead of the U.S. when it comes to reach and usage of social networking sites and blogs.

Naturally, there are certain differences when it comes to the social netowrking sites used in other countries. In Japan people use blogging and social networking website Ameba. Dutch people, on the other hand, gravitate towards Hyves, which currently has 11.270.258 members.

While there are certain differences in the social media channels some nationalities use, they still emphasize the same need for on-going communication, information exchanges and sharing.

David’s best-seller, “The New Rules of Marketing and PR,” is published in nearly 30 languages. This represents “a real hunger,” as David calls it, for information about social media by the international community.

Some Countries Are Way Ahead of the U.S.

“Some countries,” David says, “are way ahead of North America when it comes to social media.” There are countries performing especially well in mobile technology. Just last week, at the Mobile Marketing Association Forum Singapore (MMAF), Asia was recognized as “the heart and soul of mobile.” And the correlation between mobile and social media is clear—social networking platforms are consistently including geographic data and mobile elements in their upgrades.

“Whatever subtle differences there are shouldn’t really matter. Everyone should be out there, no matter where you live and what language you speak, using social media,” David concludes.

Are you marketing outside the U.S.? If so, what social media channels are you targeting?