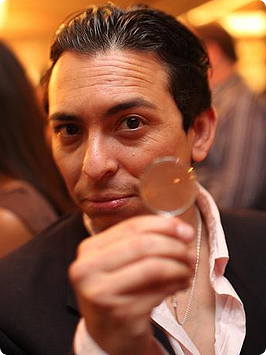 Brian Solis , online marketing thought leader, author, and speaker, joins us for another exciting episode of Inbound Now, HubSpot's Social Media and Inbound Marketing Podcast !
Brian is a well-known and well-dressed online marketing thought leader. He is the author of Now is Gone , and his latest book is Engage . He regularly blogs over at his site, BrianSolis.com , and he runs his own video interview series called "Revolution" .

In this episode we chat about:

Win a Copy of Engage: The Complete Guide for Brands and Businesses to Build, Cultivate, and Measure Success in the New Web

"Really, all engagement starts with not just listening, but actual research."

After you have a handle on the research, you want to get an idea of who the influencers are in the general marketplace. For that, you can use tools like mBLAST and others. Then you need to find out what it's going to take to move them and reach the audience of an audience.

Building a Demographic to Reach

You have to figure out what value you can provide, how you'll reach them (directly or indirectly through other voices), and how you'll measure success.

Building channels and getting people to "like" you and follow you means nothing if you have no method for keeping people connected and involved.

Deciding on Your Social Media Goals

"A goal can't be that we need to double our followers in 30 days."

Social media goals need to be about what's going to move the needle internally. It could be sales, referrals, impressions, influencing behavior, votes, etc. You can still market, brand, and promote, but your social media efforts have to be focused on driving clicks to a meaningful business outcome.

Brian mentioned an example of a 5,000 "like" campaign Walmart did on Facebook . They put out a deal, and once the deal got 5,000 "likes", people got the item at a lower price.

The outcome is that for that moment Walmart was on top of a lot of newsfeeds, and they were able to do that by giving people incentive to get and stay involved.

"Celebrity endorsements aren't anything new. Social media is the latest extension of something that has worked very well , over a long period of time."

Social media is new for celebrities too. From the celebrity's standpoint, they have to find a balance between endorsing their favorite products online, and keeping their credibility.

"You can't redefine influence regardless of how many times social media gets to redefine other terms. Influence is the ability to cause a change in behavior or to cause an effect . If you look at that definition and you compare it to the definition of a Klout score being the standard for influence, then there's a disconnect, because Klout is not measuring the effect."

The only way that you can measure effect is to say, "I'm going to work with these Klout influencers. Their scores tell me they should be influential. So I'm going to put this outcome or this action or this measurement in the engagement campaign with them."

Klout scores show more of social capital and substantial things that we should pay attention to and perhaps a person's capacity to be to influence - not influence itself. Influence is what happens after it's activated.

Where Business-to-Business Companies Should Be Online

This is why research is important. It's about being where your prospects are - wherever that may be.

However, with business-to-business companies, it's more about branding influence and reaching customers who are looking for insight and direction when making decisions. And employees, who are connected in the social realm, are great people to tap for information on what's being said and where people are online.

"For years I've been sort of pushed in the direction to start a video show . I'm not exactly sure why. I think a lot of it has to do with, over the years, I've had great opportunities to interview celebrities and notable personalities on stage at conferences around the world, and those individuals who've watched that or the interviewees themselves had suggested that, 'You should have a show.'"

On picking his guests, Brian says that he picks people who "have something that's tremendous to say, and at the same time give the audience and me something that we can sink our teeth into to think about so that we can walk away from watching that program and go do something differently than we would have otherwise."

Experiment with production quality and see what the impact is on the content. Brian shoots his show out of Current Studios in San Francisco. He has his own set, shoots everything on digital SLRs, and the quality is what you would expect to see on a TV network but it is on the Web.

"There was one study recently by Exact Target that showed that individuals are un-following and un-liking brands because their newsfeed is getting completely spammed. So if you're going to introduce f-commerce into the mix, don't just introduce your entire catalog, your entire service portfolio. Introduce certain exclusive offers or products that they couldn't get anywhere else. Introduce discounts and offers and promotions. Do it in a way that gets people to feel like there's some value in that connection."

A "like" on Facebook is a one-time endorsement. It's then up to you to keep up with that relationship.

" Every infographic I create with the JESS3 team, it's why we're not cranking these things out on a weekly basis. They take months. The next one that's coming out we've been working on for, I think, about a year."

There's a huge market for infographics and making a complex subject visually appealing and easy to share.