The following is a guest post by Jeff Cutler . Jeff can be reached via email at jeff@jeffcutler.com , and you can check out his other articles at www.jeffcutler.com . 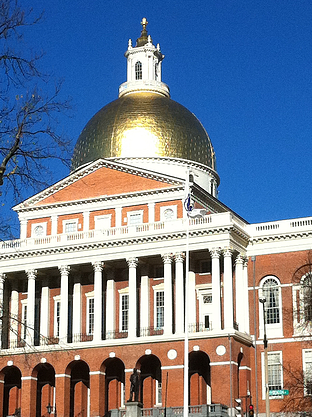 In mid-April, I found myself sitting on a panel presentation for the American Bar Association. The group was comprised of three lawyers and social media journalist Jeff Cutler -- me. Our session, titled “Fad or Future: Social Media’s Place in Today’s Legal Profession,” was developed to give practicing lawyers a glimpse into how social media can be both a boon and a danger in their daily lives.

Essentially, social media is a communication form that puts control into the hands of everyone. And that’s not exactly the model through which many compliance-guided industries operate. For businesses like financial institutions, pharmaceutical firms, and law offices, keeping a tight leash on conversations is part of doing business.

But many of these firms are so paranoid and looking in one direction -- following the cross-the-street analogy -- that they get run down by the pedicab going in the opposite direction. They don’t see any other way of doing business or having conversations.

That’s why it’s so important for folks in these fields to understand the tools and how they can be used by anyone. I’m not advising (because I’m not qualified to dispense legal advice) that firms relinquish control. What I am saying -- and what I told the dozens of attendees in our session -- is that you can’t have an informed, intelligent discussion with your audience if you don’t listen to them first.

It’s the first tenet of any conversation, whether it takes place over cocktails and stuffed mac & cheese or in the mahogany board room of some Fortune 100 company -- or even over the tubes of the internet. Know your audience. Know how they communicate. Know how and where they get their information. And know what they’re already saying about your company and your industry .

My colleague, Sree Sreenivasan, gave a similar talk on May 10 in Boston, proving that it’s not just a fad. Knowing social media tools and how to use them is mainstream and in-demand.

By taking the time to research your audience -- customers, clients, media -- you’ll have a better handle on how to speak to them and with them when the opportunity arises. You won’t make the mistakes some consumer-facing companies make by giving too little credit to customers and too little attention to what those people say.

Ultimately, it doesn’t matter if you run a bank, a boardroom, or a bordello. Take a moment to stop, look, and listen to your audience. That way, you won’t be left in the social media gutter with tire tracks on your BlackBerry and stains on your $700 suit.