Lessons in Viral Marketing From the Sh*t My Dad Says 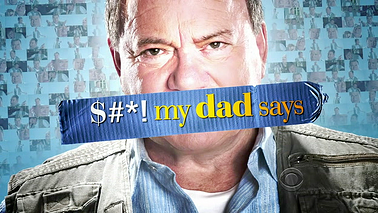 Creating content that goes viral is no easy feat. While many of us marketers are secretly crossing our fingers that the new video we produced ends up the next big hit on YouTube or that our little marketing meme ultimately spreads across Facebook and Twitter like wildfire, let's be honest -- the majority of our efforts won't make it that big.

Justin Halpern, on the other hand, hit the word of mouth motherlode with his ' Sh*t My Dad Says ' phenomenon. Originating as a fun, silly hobby he shared with friends, Halpern's musings have since gone viral and generated over 2.3 million Twitter followers, more than 16k Facebook Fans, and led to two book deals and a TV sitcom on CBS for Halpern.

In the below interview with David Siteman Garland on his " Rise to the Top " web series, Justin shares his story about how he got to where he is today.

While there may be no secret sauce that guarantees you a viral marketing hit, Justin's success reminds us of a few key elements of many successful viral sensations ...

1. Make it Easy to Consume

One of the reasons Justin's Sh*t My Dad Says series spread so quickly is because it offered bite-sized content that was easy to consume. People could quickly visit his Twitter feed and read as many or as few of his posts as they had time to. Whether they spent 5 seconds or 5 minutes perusing his Twitter feed didn't matter. Either way, they still walked away with the same user experience.

Marketing Takeaway: Consider creating content in bite sizes or construct a whole piece of content that can be broken down into smaller pieces. Slide presentations that curate different data points or statistics are one example of this.

Marketing Takeaway: Enable ease of social sharing but adding social sharing links to all your content so those who come across it can easily spread it across their networks.

3. Make Sure It's High in Quality

As Justin mentions during his interview, when he first starting tweeting the funny mutterings of his father, he didn't think much of it. "Everyone thinks their dad is funny," he commented, which led him to believe the sh*t his dad said might not be funny to an audience on a broader scale. Well, turns out his initial skepticism was wrong, since Justin never would have made it as big as he did had the content he created been, well, the opposite of funny.

Marketing Takeaway: You can create as much bite-sized, easy-to-share content as you want. The bottom line is, if people don't like it, they won't want to share it, and it won't go viral. Put time and effort into creating content to increase the likelihood that it will spread.

While creating viral content is difficult to achieve, there are definitely best practices to observe when it comes to producing something that has the potential to spread. And even if your creation doesn't become a raging viral phenomenon, it will still have marketing value . Follow these tips, and who knows, you might just get lucky like Justin did.