Living Without a Net: Join the Marketing Fight Against Malaria 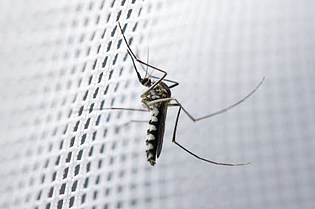 This fall, The Domino Project , in collaboration with non-profit Malaria No More and Box of Crayons , is putting together a book of stories and insights from authors, speakers, and c-level executives to raise money for the prevention of malaria. This is different from previous Domino books -- it's larger, it has multiple authors, and it's designed as a fundraiser, with every penny they receive after paying printing costs going toward the purchase of bed nets.

Although malaria is a preventable and treatable disease, every year 781,000 people die from infection. What's most disturbing is that children under 5 years of age account for 85% of malaria deaths.

All revenue, minus what it costs for Amazon to print the books, will go toward the purchase of mosquito nets to prevent the spread of this deadly disease. "We're hoping to raise over a million dollars in a month and fully expect that this will be the fastest-selling book of its kind," says Lauryn Ballesteros, VP of strategic development for The Domino Project.

Malaria is caused by a female mosquito that bites at night.

There are more than 50 contributors so far, including brands like Google, Adobe, and Ebay, alongside thought leaders such as Seth Godin, Roger Martin, Tom Peters, Gary Vaynerchuk, and Pam Slim.

The Domino Project is looking for 6 sponsors, and sponsorship packages range from $25,000 to $75,000, with all sponsor contributions applied directly to the purchase of bed nets. We asked Lauryn if she would consider taking on sponsors at a lower price point, and she said yes.

If you are interested in learning more, send an email to Lauryn@TheDominoProject.com. She could use your help.

Full disclosure: HubSpot is thrilled to be a sponsor of this project. In addition to the ability to help contribute to an important cause, HubSpot also benefits from being featured alongside the best-selling authors and brands already in the book. In addition, brands like ours will receive public credit for the distribution of the book and be identified as an industry leader on the book's homepage and in their social media outreach.

Now that's a marketing program with a purpose!