The Million Dollar Man Teaches Marketers to Stand Out From Competition 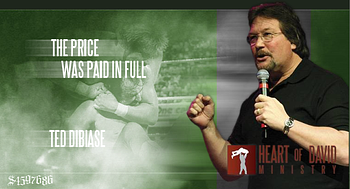 When the World Wrestling Federation (WWE) noticed Ted DiBiase’s talent, the " Million Dollar Man " was born, and DiBiase's new persona took his pro wrestling career all over the world.

So how was the Million Dollar Man recognized by the public eye? After all, there are countless wrestlers in the industry. With competition to beat, something had to make him stand out. The idea for DiBiase's differentiation from other wrestlers spawned from the idea that a rich guy can't flaunt his wealth and be arrogant about it. Deemed an original idea that had never-been-done, an alias was created and personalized for DiBiase.

Although he was not yet a millionaire, the goal was to make the public believe he really was rich. He was always to be seen in public under elite circumstances: getting in and out of limos, hopping on and off of planes, staying in luxurious accommodations at Hyatt and Marriott hotels. It was also a priority for him to appear in front of the camera and be present for interviews as much as possible.

Hitting towns for television gigs, his wealth was flaunted by tactics such as giving away cash prizes for things like dribbling basketballs. Pretty soon, the Million Dollar Man was everywhere.

In a nutshell, DiBiase was able to establish himself in a crowded industry, teaching marketers a thing or two about differentiation. Here are a few marketing takeaways from the Million Dollar Man's success:

Now a minister, DiBiase travels on a weekly basis as a motivational speaker to youth; “macho men”; and couples struggling with their faith, keeping clean, and following dreams. ­ In addition, he's also considering starting his own wrestling school. For the complete scoop, check out The Rise to the Top interview with David Garland (above).