Social networks aren't anything new. Today, however, Google made news with its biggest attempt to date to take hold of the social networking market. After a year of development, Google+ began rolling out to early users today. It will be a long time before we know if Google+ is a true social networking competitor and worth the time and effort of marketers. Until then, let's take a quick look at what Google+ actually does. 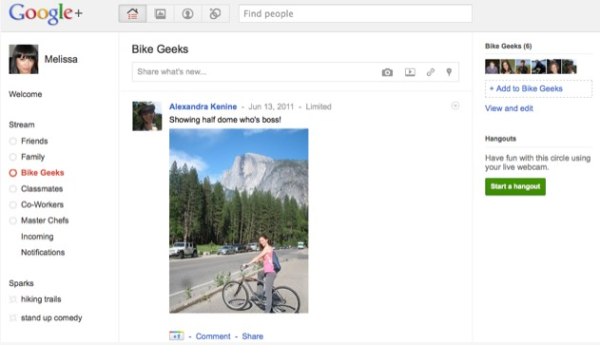 The foundation of Google+ is something called Circles+. Google's belief is that existing social networks like Facebook and Twitter have failed at letting users connect with subsets of friends in an easy way. Friend lists were add-on features of most social networks, but they are at the foundation of Google+. Circles+ is a drag and drop system for organizing friends into different groups.

When it comes to photos, Google has a section for viewing, managing, and editing images and video. A Google+ user can see all of the images he or she has, but unlike Facebook, it is more than just photo tagging. Users can edit images, add photo effects, and edit sharing options.

Google has also create Hangouts, in hopes of increasing the adoption of online video chatting. The idea is to have designated chats that members in a group of friends could easily find and join.

With Google+ comes yet another feature, Google+ Sparks. Each Spark is a collection of content on a subject that pulls in information using Google technology like Google Search. Sparks places Google not just in the content sharing business but also in the content discovery business. In addition, Google will be launching a mobile version of the entire Google+ system, starting with the Andriod operating system. 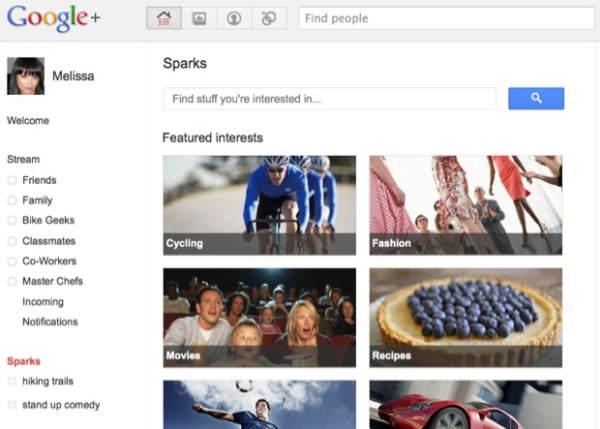 It is clear that Google knows that the next step of its business is social. Marketers should understand that, with moves like Google+, search will only continue to get more social. Having and growing a social media presence will be critical to generating inbound leads in the future. That said, Google+ does lack the simplicity that enables Google Search to be successful. As marketers, we will need to understand how Google+ is adopted and how Google integrates it with other valuable properties like Google Search and Google Maps.

Google+ is currently available via invite only, but you can sign up to be notified when you can start using the platform.