When running a campaign in Google Adwords you optimize your campaigns by managing the relationship between clicks, conversion, and cost.  So long as conversions are increasing while the cost to drive each conversion is going down, you are running an efficient campaign. To make optimization easier, Google even provides automated bidding on keywords based on clicks using the CPC metric (cost per click) or conversion using the CPA metric (cost per acquisition or conversion).

In June, Google Adwords added a new conversion bidding option .  Previously, users could only select Max CPA if they wanted to optimize their account based on acquisition cost. This means that you would enter a maximum CPA you were willing to pay and Adwords would automatically optimize that campaign to ensure you never went over your maximum. Now there is an additional setting called Target CPA which changes the CPA bidding from trying to stay under a maximum CPA threshold to keeping an average CPA. 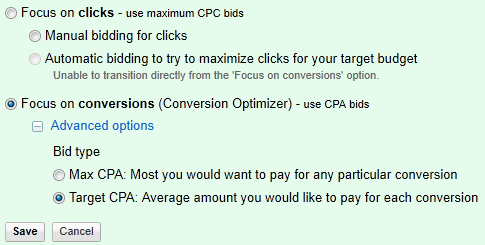 The number of websites that our ads were distributed to increased 100% to 1,520 and websites. No surprise this had a 168% positive impact on impression volume. 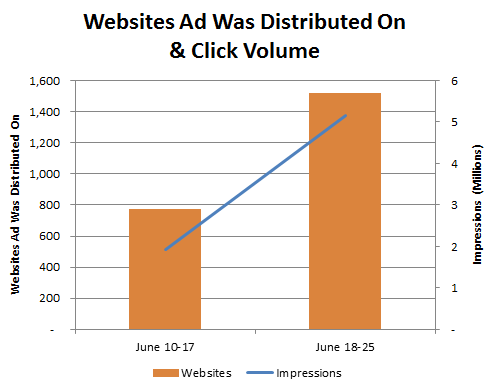 The increase in the number of websites and impressions had a positive impact on the number of clicks to our campaign (154% increase). With such a large increase in clicks we expected an increase in CPC (cost per click) as Google was most likely not serving our ads previously to these websites because they have higher CPC rates. CPC did indeed increase 22% from $2.31 to $2.83. 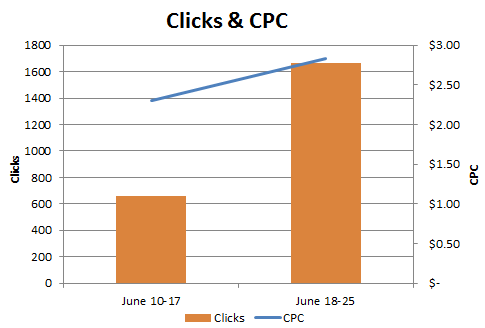 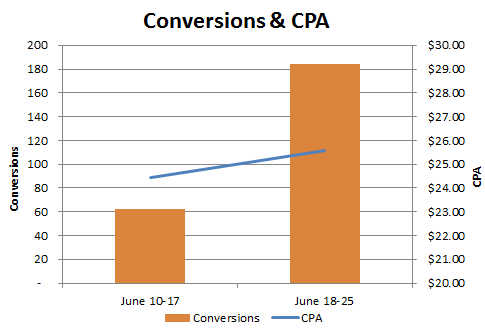 What this data shows is that when you set you campaigns for Max CPA bidding, Google Adwords may immediately rule out certain keywords or websites because it doesn’t want to risk going over the CPA you set. When you use Target CPA bidding, you give Google Adwords permission to bid above the CPA you set so long as you end up at an average that is in line with it. So, with the click of a mouse we were able open the funnel that much wider, doubling and tripling volume, while keeping our costs in check. Now that’s what we call efficiency!

What about you? Do you have any stories of simple changes you made to your PPC accounts to increase efficiency and lead flow?