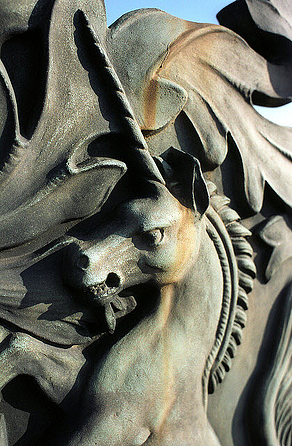 This is a guest blog post written David Kirkpatrick, B2B and consumer marketing beat reporter for MarketingSherpa. He is covering HubSpot's participation at Dreamforce '11, offering insights on the various speakers and events.

Wednesday afternoon at Dreamforce '11, I had the chance to chat with Dan Zarrella before his presentation on engineering contagious social media ideas. I congratulated him on his recent Guinness World Record setting webinar on the same topic. Dan's "Science of … " webinar series has been drawing impressive numbers, and the record-setting online event topped nearly 31,000 registrants and an astounding 11,000+ attendees.

Dan said he was very happy with the numbers, but added his competitive nature wishes there is someone else out there gunning for his "largest webinar" title. In fact he even called out two potential adversaries. He said that, because of the sheer size of its user base, Facebook is an obvious potential challenger.

And since Salesforce was able to get more than 45,000 people to register for, and actually physically attend, a weeklong live event in Dreamforce, he thinks they would easily be able to present a credible threat to his title.

With the gauntlet thrown down for both Facebook and Salesforce, it was time for the session.

The premise of the presentation, and Dan's new book Zarrella's Hierarchy of Contagiousness, is the three-step hierarchy:

During his talk, Dan presented a series of social media myths along with takeaways that covered all three steps. He also addressed the idea that there are too many "unicorns and rainbows" in social media marketing advice. This advice, he said, consist of myths that aren't based on anything more substantial than "what feels right."

Here are some myths and takeaways about the 3-step hierarchy that Dan covered during his Dreamforce session.

Myth: “Engaging in the conversation” is the most important thing in social media.

Myth: Don’t call yourself a guru.

Myth: Friday, Saturday, and Sunday are bad days to publish.

Takeaway: Use contra-competitive timing. In reality, retweets on Twitter spike on Friday, and Facebook shares spike on Saturday.

Takeaway: Don’t crowd your own content. Spread out the sharing of your own material.

Takeaway: Write simply and plainly. Content heavy with nouns and verbs lead to more Facebook shares than adjective and adverb laden text. Sharing goes down as the reading level of content goes up, and people don't want to read overly flowery writing.

Takeaway: Utilize combined relevance. Two seemingly unrelated items or topics can join to uncover a unique market. In Dan's case he likes both marketing and zombies. When a blog post was written combining the two, Dan's inbox was flooded with links and messages telling him, "You have to check this out. It was written just for you."

In what ways to you make your content contagious in social media? If you missed Dan's "Science of Social Media" webinar, you can easily download the archive here.