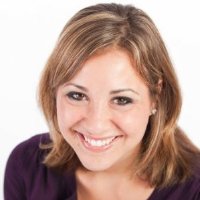 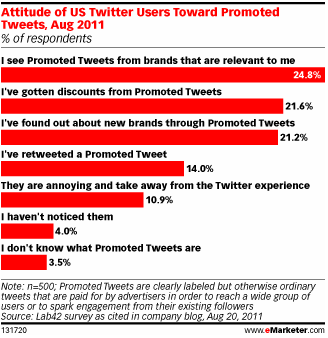 Interestingly, only about 11% of those surveyed said following brands was a reason they joined the site, with about half saying they followed just 10 brands on Twitter. 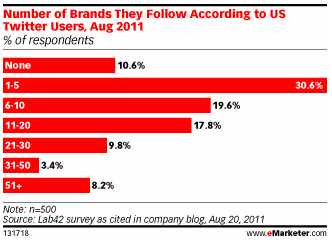 If you're sharing something relevant, people will be receptive to your marketing.

This applies not only to your Promoted Tweets, but also to things like your Facebook Ads, Google Ads, and even your blog content and email campaigns. While those surveyed weren't necessarily interested in following a ton of brands on Twitter, when they found content that was interesting and relevant in a promoted Tweet, they were receptive to it. If what you are offering is targeted and relevant to your audience, it may be well-received, even if it's a promoted campaign or not something they were initially seeking.

Are you considering a Promoted Tweets campaign? Let us know in the comments!