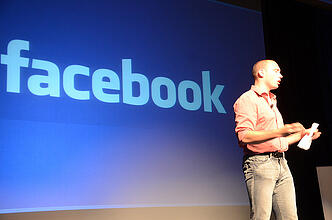 A couple of weeks ago, we discussed Facebook's new feature that allows users to modify the visibility of their Facebook posts to make them viewable to particular groups of people. The new sharing options enable users to, on a message by message basis, choose whether content should be public, only viewable to friends, or viewable to a custom group of people.

Well, now it seems like Facebook is taking it up a notch. Reports are flying around the internet that Facebook is experimenting with some changes to the News Feed, which include friend list filters as well as Smart Lists that categorize friends automatically. For now, these changes are being rolled out to and tested on select users.

While Facebook has had Friend Lists for a while, they were only used by 5% of Facebook users. This looks to be an attempt to make them more worthwhile.

It's pretty obvious that Facebook is working toward these changes in an attempt to compete with Google+ and its Circles feature, which enables Google+ users to share content with specific circles of friends.

Facebook's friend filters will allow users to divide their news feed into lists, making it easy for them to view a particular group of friends' updates in one place as well as share specific content with just them.

Furthermore, the addition of the Smart List feature to News Feeds will automatically categorize your friends into lists: one for work, one for classmates, and one for friends living within a 50 mile span of your home city.

Below is a series of screenshots from Mashable illustrating Facebook's new News Feed changes. 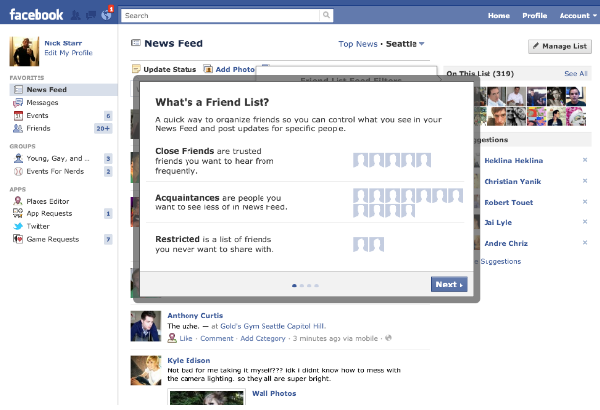 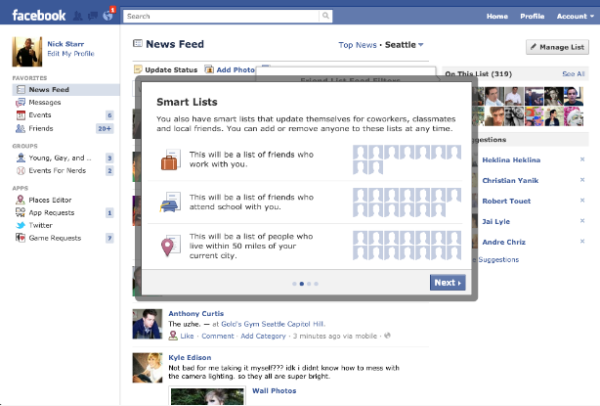 Facebook's Smart List feature arguably gives it a competitive edge over Google+ and its Circles feature. It's automatic sorting feature makes it extremely easy for users to sort friends into lists. This might make Facebook much more desirable to users than Google+, given that Google+ requires the manual categorization of friends into Circles. This alone might give Facebook the differentiation it needs to squash Google+'s advances on Facebook's social networking domination.

Facebook's changes also emphasize the shift toward a more personalized web. Personalization in marketing means more targeted and personalized messaging, which can lead to the ability to better convert prospects into customers.

The fact that Facebook is testing new segmentation features might mean that more robust personalization is in its future. This could be extremely valuable to marketers. Imagine if you could use modify which Facebook posts certain fans of your business Page could see? Theoretically, you could segment your fans into specific groups based on interest or demographic, and then tailor Facebook posts to just those fans. This could be a quite a powerful Facebook marketing tactic!

What do you think of Facebook's new News Feed features? How could they affect your Facebook marketing strategy?

Facebook Business Manager: How to Use Meta Business Suite in 2022