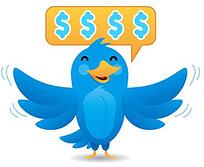 Twitter is restricting the rollout of this program update to 10% of its global users until it works out all the kinks. Obviously, this change will drastically impact the dynamic of the Promoted Tweets program and increase its appeal. Not to mention what it should do for Twitter’s revenue stream.

There is no better time than now to start using Twitter for business. And if your business establishes its Promoted Tweets account now, you’ll be ahead of the curve once it opens up these sweet new ad capabilities to all of its global users.

If a tweet falls in the woods and no one is there to hear it, does it make a sound?

Promoted Tweets make your tweets heard by hitting users at times when they are most likely to read your tweet, see your awesome comment or link, follow you, retweet, or even visit one of your landing pages. Also, much like you would pay for PPC (pay-per-click) campaigns on Google, Facebook, LinkedIn, etc. you only pay for your Promoted Tweets when someone engages with your tweet. This means you are charged only when someone clicks, replies, retweets, or favorites your tweet. Twitter calls this a CPE or cost-per-engagement model.

1. Hit Your Followers at the Right Time: This is probably the most basic use of Promoted Tweets. You can set up campaigns that push your tweets toward the top of your followers’ timeline when they log in to Twitter. Set up Promoted Tweets that are targeted to your followers so you can ensure that your most important tweets have the best shot at being read, clicked, retweeted, favorited, etc.

2. Target Relevant Keywords: A critical component of Twitter is its search functionality. Twitter’s search engine allows users to search for tweets using keywords and phrases so they can find other users who are talking about stuff they're interested in. Promoted Tweets allows you to target specific keywords or phrases so your tweets appear in their search results. This is a great way to target people who are not yet following you.

3. Find People Who Resemble Your Followers: Twitter’s latest enhancement will let you target users who resemble your current list of followers. Obviously, this is an excellent way to increase your follower base while ensuring that your tweets hit qualified eyeballs. Very cool!

4. Use Geo-Targeting for Events and Local Businesses: You can also set up a Promoted Tweets campaign that is targeted to a specific geo-location. It will then only trigger your ad when a targeted user is in that location. This is great if you want to establish an event-specific hashtag or if you are marketing a local business.

5. Promote Offers: Use Promoted Tweets to let your followers know about upcoming deals and offers. Better yet, create an offer that’s exclusively for them!

6. Test Content and Messaging: Use Promoted Tweets to determine what sort of messages resonate best with your follower base. Maybe they only like syndicated content, or perhaps they are most interested in your latest deal. Use Promoted Tweets to identify which types of content and messaging get the most action. You can then also implement these findings in your normal Twitter activity.

Also, don't forget that Twitter offers analytics within its Promoted Tweets platform so you can track performance and optimize your campaigns for maximum engagement.

For more information on Promoted Tweets, you can visit Twitter’s Business Center.

Have you started using Promoted Tweets in your Twitter marketing efforts? What kind of results have you generated?