A Valuable Lesson From a Twitter Marketing Fail [Marketing Cast] 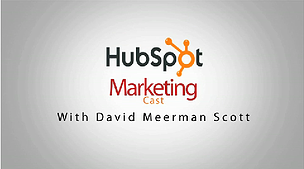 There are many examples of companies failing at their usage of social networks for marketing. It has happened to pizzerias, Nestle, and even the American Red Cross (although they handled the situation pretty well). What is the biggest failure you have seen on Twitter?

For David Meerman Scott, it’s a tweet by the designer Kenneth Cole. Cole tried to insert his brand into conversations about the uproar in Egypt by posting the following tweet: “Millions are in uproar in #Cairo. Rumor is they heard our new spring collection is now available online at http://bit.ly/KCairo - KC”

Through this tweet, Cole tried to hijack the #Cairo hashtag in attempt to promote his spring collection. His message was received with strong public disapproval and media criticism. “People died in Cairo during the Egypt uprising, and you don’t make light of that to try to point people to your particular products or services,” says David.

“Don’t try to hijack a hashtag to talk about one of your products,” says David. Don’t attempt to piggyback on news when it conveys extremely negative information, such as people’s deaths. “When you are trying to exploit something that’s seen as very sad or negative, you are on incredibly dangerous ground,” he adds.

Twitter is an instant communication channel that allows you to easily jump into a discussion. You can react in real time and leave comments while a situation is still unfolding. But you should do it with tact and responsibility. “You should never try to take advantage of a situation when the situation in any way involves misery or death or destruction,” David says.

So what’s the biggest Twitter fail you have seen?