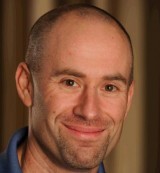 Phil Simon joins us for another exciting episode of Inbound Now, HubSpot's social media and inbound marketing podcast!
Phil is the author of The Age of the Platform, The New Small, Why New Systems Fail, and The Next Wave of Technologies. He focuses on the intersection of people, management, and technology.

Check out other episodes of Inbound Now

"All platforms are not the same. The planks that I have in my platform, for example, are different than the planks that HubSpot has in its platform."

Your platform is your core business, and your planks are all the other elements and areas that lead back to your main platform. The more planks you have, the more powerful your platform becomes.

It's all about diversifying and not being afraid of failure.

Adopting Community and Letting People Develop on Your Platform

"You want people to take your product and services in different directions."

An example of this is Twitter and TweetDeck. Several months ago, Twitter bought TweetDeck -- a company that took its API in an interesting direction.

Learning From the Gang of Four

"One of the bones of contention in a few of the interviews I've given is this notion that a small or medium sized company can't learn something from Apple, Amazon, Facebook, and Google. I say yes it can."

There are lessons for mid-size companies to learn from the gang of four (Amazon, Apple, Facebook, and Google). Perhaps you can implement Google's notion that engineers get to play around one day a week, or create your own app in the App Store.

You can build your own platform, even if you're just a company of one.

Can You Compete Against an Entrenched Platform?

"Look at Facebook. It was by no means the first social network. There was MySpace. There was Friendster. There was Classmates.com. But if you read an excellent book that I referenced in The Age of the Platform, in The Facebook Effect by David Kirkpatrick, he writes about how Mark Zuckerberg, back in 2000, 2001, was obsessed with speed."

Being first to market your product means nothing if you can't support the volume and you can't scale.

On the flip side, there is something to be said for being first (you can build an online bookstore tomorrow, but it won't overtake Amazon anytime soon). It's just not always a given. It's a competitive edge to be first, but it's not a given that you'll always be first (things go viral very quickly).

Tips on Building a Platform

"By building a platform and embracing this notion of ecosystems, you can increase the probability that when something happens, you can respond really quickly."

You can't be afraid of experimentation or failure. Look at your platform, and see what planks make sense. For Phil, he runs a publishing company and he does speaking -- so having a book and being active on Facebook, Twitter, and LinkedIn make sense.

You can't predict the future, but you can be prepared to act.

You want to make your own platform as easy as possible to navigate. Don't spend the time and money integrating video into your website -- be on YouTube and Vimeo. You can take advantage of other platforms by using them as planks of your own.

"There's no reason that the Gang of Four has a monopoly on platforms."

Twitter, believe it or not, could be considered an emerging platform. They're not quite at the level of Facebook, in Phil's opinion, but they're getting there through partners in different ecosystems.

WordPress is an emerging platform. A fraction of the top thousand websites are running on WordPress, and they have a whole community of developers and companies that take WordPress in different directions.

There's also Salesforce.com and Force.com. They're trying to let people build bridges to and from data, giving them apps, etc.

Getting People to Build on Top of Your Platform

"If you look at what the Gang of Four does with marketing, I think it's very different than traditional marketing. I would argue it's not marketing to people and not marketing at people. You're almost letting the users and the consumers market for you."

Some of the companies we've mentioned do traditional advertising. But the real value is from people evangelizing their platforms on their behalf.

The Future of Platforms

"I think that platforms will become more and more important. Technology keeps changing faster and faster. People are looking for convenience and the one-stop shopping."

Phil sees platforms becoming more important. But if companies don't continue to change and evolve and embrace uncertainty and risk, they won't be around.

You can follow Phil on Twitter @PhilSimon and on his main site. Also, make sure to pick up his new book, The Age of the Platform.