Nightmares Fear Factory, a haunted house located in Niagara Falls, Canada, considers itself "The World's Most Frightening Experience" and has a growing "chicken list" of over 100,000 people who bailed out mid-tour because they were too scared. For this Halloween season, the haunted house, which is open 365 days a year, decided to do something slightly different to get people talking. 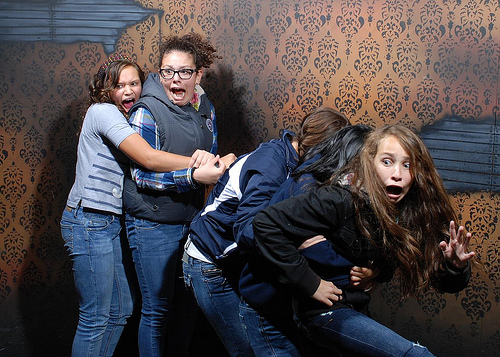 As groups toured through the Fear Factory, the company started taking their photos at the scariest point in the tour. The Fear Factory has been posting the best of these photos on Flickr and Facebook to allow people to see their own and others reactions. They have also started posting groups of photos from group tours that come through.

The company reports that the results have been staggering. Director of Sales and Marketing Vee Popat stated, "It started on Thursday, October 6, 2011. By 1:00 PM, we noticed we were at twice the normal daily traffic on our website, and by the end of the day, traffic increased by over 10,000 percent!" He went on to credit social media, with large increases in engagement on Flickr, Facebook, YouTube, and Twitter. The volume of traffic went from approximately 600 visits per day to over 60,000 unique visits in less than 24 hours and successfully took down the Nightmares Fear Factory website. In addition, the photos have received press coverage from ABC News, The Tonight Show with Jay Leno, Comedy Central’s Tosh.0, the Huffington Post, and Newsweek. 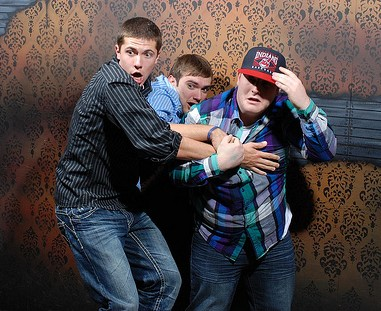 What Nightmares Fear Factory did that worked so well was take something simple that only they could do, and post it to their social media accounts. Because people saw themselves in the photos, it was instantly shareable. Think about how your company can be remarkable in your own unique way. What special asset do you have that you could share in an interesting way? You might not have funny photos of your customers, but chances are there is something you do have that is unique and shareable.