5 Easy Fixes for the Most Common Twitter Faux Pas 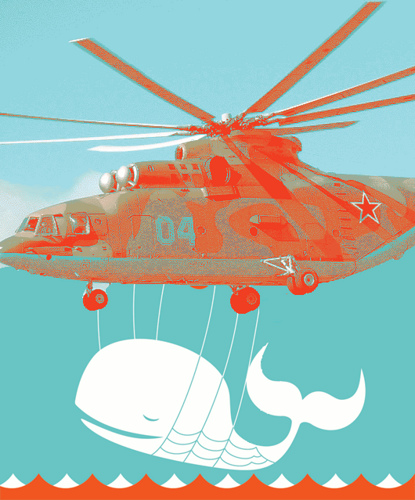 Whether you've been using Twitter for a while or you're just dipping your toe into those whale infested waters, there are several common Twitter mistakes that tons of people are making. These mistakes are easy to fix, but if you keep doing them, it will keep you from getting the most out of this platform as part of your inbound marketing strategy. And you don't want that, right? Here are five common Twitter mistakes, and how to fix them.

Seriously, people are still doing this! No matter how amazing the message is in your auto-direct message, if it is an auto-DM, especially if it comes right after someone follows you, it’s a huge faux pas. Don’t waste your time setting these impersonal messages up. Not for you, not for your client, not for your brand. It’s not a good look.

How to fix it: Go to your account on Twitter.com, click Settings and then Connections. This will show you all the apps to which you are connected. Find out which app through which you are set up to auto-DM, and cancel it.

Facebook, Google+, and LinkedIn have privacy settings that allow you to choose which information to share with certain groups of people. On Twitter, you gotta put it all out there. Well, if you want inbound marketing effectiveness you do. Twitter is different than these other social networking experiences that are based on networking with existing connections--people you know from high school, college, work, and the gym. Twitter is based on networking with people you don’t know. Talk to strangers. Put yourself out there. Make the most of Twitter by making new connections with an open account.

Some people may not admit it, but most people care about their follower number. And there's no shame in that! The more followers you have, the more opportunities you have to share your content and increase your web presence. But if you are looking at someone’s profile for the first time and you see an unbalanced follower:following ratio, two thoughts might go through your mind:

How to fix it: If you haven't followed a lot of people out of concern for a cluttered stream, consider bucketing people into Lists to clean it up. If you are following too many people compared to the number of followers you have, audit your following list and unfollow those who aren't providing interesting tweets. Going forward, always scan users' tweets to see if they would be a good addition to your following list before clicking 'follow.'

4. WTF Are You Talking About?

Some people treat Twitter like Facebook or an away message. Tweeting things like “At Foggy Goggles for Brit's 21st! So excited!" or vague ramblings like “I can't even believe what's going on right now…” are not helpful. Your followers will get more value out of your tweets if your tweets are clear. The nice thing about Twitter is that you have the opportunity to be interactive with the thoughts you are sharing; this opportunity is lost with these exclusive tweets.

How to fix it: All of these tweets are salvageable. If you want to tweet about Brit's birthday, use a location app to check in to the Foggy Goggle, and use Brit's and Foggy Goggle's Twitter handles in the tweet. This tweet is now a communication with the bar, the bar's patrons, and Brit's circle of friends.

Instead of "I can't even believe what's going on right now..." share a picture or a link to an article and be specific about what is actually going on. Tweeting "I can't believe what's going on in Walmart's parking lot for Black Friday" with an accompanying picture gives your tweet context and a reason to click through to the content you've shared.

Only people that also follow whoever you are @replying can see that @reply. Sometimes, people will start a tweet with @ when it’s not intended to be an @reply, though. For example, if you tweeted ”@CNN’s coverage of unicorns is great!” only your followers that follow @CNN will see that tweet in their timeline.

How to fix it: If you want everyone to see your tweet, use the .@ trick. Stick a period in front of the @ sign, and it’ll send the tweet into the main Twitter stream for all to enjoy.