How Google+ Is Changing the Web, Even Though No One Wants It To 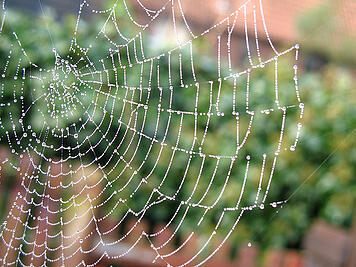 Google gave the world something it didn't want with the launch of its social network, Google+. The last thing the social media population at large wanted was yet ONE MORE social network to manage and visit. So explain how this social network that no one seemingly wanted saw a 55% percent increase in traffic in the month of December, and now has more than 62 million users.

This is a classic example of how listening to your customers can actually be the worst business decision you can make. Any market research Google conducted likely told them that people didn't want yet another social network. But that didn't matter.

Google, without a successful social network component to its platform, would quickly become irrelevant. It couldn't reach a deal with Twitter to include the popular social network's data in Google search results, and Facebook was already in a deep relationship with Google's core search competitor, Microsoft. This left the search giant in between a rock and digital hard place. It had only one choice. Ignore the desires of the internet-using population, and invest millions into building its very own social network.

By now, you're reading this article and thinking, "Really? 62 million users? That's NOTHING. Facebook is closing in on 1 BILLION. How can a social network with only 62 million users have any real impact on the way people use the internet or the way marketers try to connect with potential customers online?"

It's About the Data, Silly

Google+ doesn't need to be the biggest and best social network in order to transform how consumers, businesses, and marketers use the web. Take a step back, and look at what Google has acquired and built over the past several years:

1. It's turned Android into an extremely popular mobile operating system.
2. In the past year, it's launched Google TV and Google Music.
3. It's taken a HUGE lead in market share for search.
4. It's built the dominant maps platform that even Apple uses for the iPhone.
5. It owns Gmail, which has gained more than 200 million users in less than a decade.
6. Its Google Docs tool is quickly becoming a leader for online document collaboration.

And that isn't even everything. But looking at all of these very impressive factors from a distance, it's still easy to see one glaring hole. Before Google+, Google didn't have any real way to easily integrate all of these services, AND it lacked a layer of social data to allow for better recommendations and discovery within each of these siloed tools.

It's all about the data.

Google+ doesn't need a billion users. It needs enough users -- which many could argue it already has -- to power the social and recommendation engine for an integrated suite of Google products.

When looking into the crystal ball of the internet for answers, look no further than the companies that have the best data. 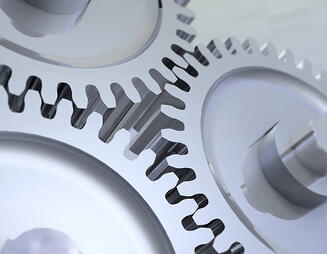 Features don't matter. In fact, focusing on features does nothing more than overcomplicate a message and reduce the adoption speed of a software product. Features don't matter between the different social networks, because the web moves too fast. It is far too easy for a competitor to copy a feature very quickly. Features are commodities.

The social web is ripe with parody. Users care about a set of minimally viable features and a simple, user-focused design. Google is getting past focusing on features and working more on points of integration with other products as Google+ continues to mature.

It's About Owning the ENTIRE Internet

Look back up at the title of this post. Google+ isn't about changing social networking. Google+ is the linchpin of Google's plan to own the entire internet. The company with the platform that can give internet users EVERYTHING they want will win. This is why you've seen Facebook partnering with music providers, launching its own email service, and allowing users to make images and updates public to improve Facebook Search. These two internet giants are locked into the early stages of the business equivalent of a death match.

Ultimately, the platform wins. Users' expectations have changed. They expect accurate search results, awesome entertainment recommendations, directions personalized to their location, and more. None of these wonders of technology are possible without data, and for Google, not possible without data from Google+.

Google+ and Facebook will remain an important part of the inbound marketing mix. However, the most important lessons for marketers reside within Google's plan for internet dominance.  Google is an awesome inbound marketer. It creates awesome, free content and products that draw people into its platform. Your business strategy will evolve over time. Build a strong inbound marketing infrastructure to support adoption and demand for future products. If you need an example, check out HubSpot's Google+ Page.

Collect and analyze data. Through all of your inbound marketing channels, you have many methods available to gather data about your industry, leads, and customers -- from website analytics to customer relationship management software. Repurpose this data to improve product development, increase sales efficiency, and create a more personalized marketing strategy.