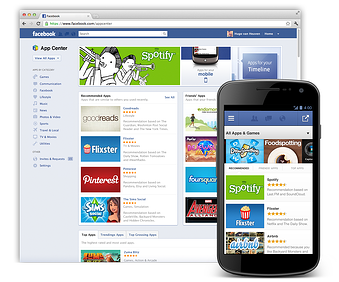 App discovery on Facebook has never exactly been the easiest thing. Think about it -- if you've ever downloaded an app on Facebook, you likely discovered it from the use of one of your Facebook friends. While this is great for word-of-mouth discovery, it's not exactly ideal for the app developer or marketer who wants to get that much needed initial traction for their new app(s).

Luckily, it looks like things are about to get a lot easier for app developers and marketers in this regard. Yesterday, Facebook announced that it would soon be launching a new App Center to help users discover social apps.

According to Facebook, the App Center will be the central place to find great apps for Facebook. Facebook will be rolling out the App Center in the coming weeks, which will be accessible on the web and in the iOS and Android Facebook apps.

Within the App Center, each application will have what's called an app detail page, which allows users to learn more about individual apps before deciding to use or install them.

In order to get an app listed in the App Center, developers must create an app detail page, which can be done in the 'App Center' section of the Developer App. When people who aren't already using your app search for it on Facebook, this app detail page will become their new destination. 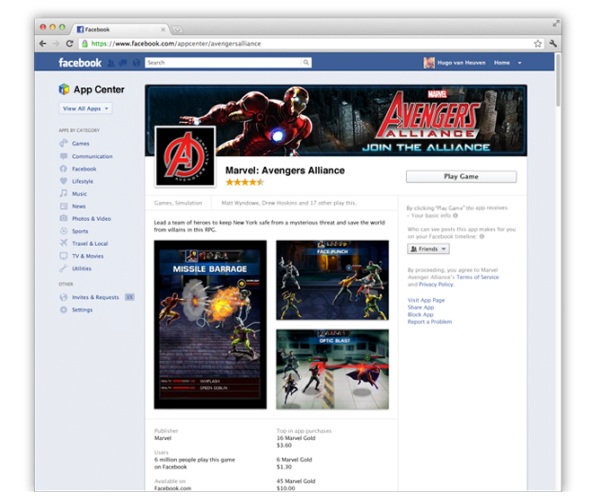 When creating a detail page, developers can provide a detailed description of their app, upload images, and configure the permissions required for usage of the app. To learn how to create an app detail page, you can access Facebook's tutorial here.

Facebook has also published some helpful guidelines app developers must follow in the App Center submission and approval process; Facebook will review app detail pages before they get listed to ensure they adhere to these guidelines. Note that priority will be given to apps pages that have been submitted before May 18, so don't delay if you want your app to make it into the App Center for its launch.

While TechCrunch indicates that Facebook is still finalizing the App Center's design, according to screenshots of the App Center design released by Facebook, it looks like the App Center homepage will display recommended apps based on the apps a user already uses, as well as popular apps among the user's friends; top, trending, and highest grossing apps; and weekly 'featured' apps. Users will also be able to search and browse for apps by category.

Don't get overly giddy just yet. Facebook says it won't list just any old app in the App Center; they're using a number of different signals to determine an app's eligibility. User engagement is one of those signals. Furthermore, poor user ratings are a deal breaker, and your app also needs to meet certain quality guidelines in order to make the cut. Facebook will display the best apps most prominently in the App Center.

Wondering how your app stacks up? Facebook is also launching a new app ratings metric in the Insights report to help app developers track user feedback over time: 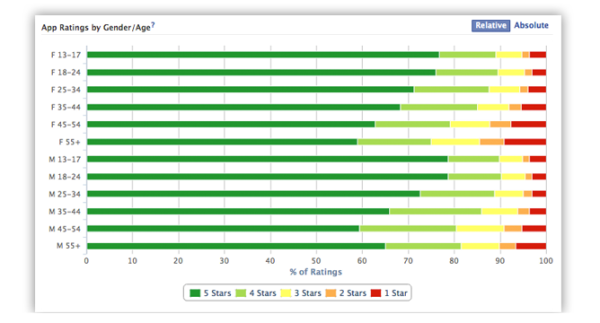 Facebook users will also be able to browse Facebook apps in the App Center via their mobile device, whether they're using iOS, Android, or the mobile web. Users will be able to search for apps that are compatible with their particular device. When a specific mobile app requires installation, users will be able to do so via the Apple App Store or Google Play. In other words, the Facebook App Center is not meant to compete with these pre-existing app stores, but rather provide another mechanism for users to discover the Facebook-connected apps that are available. Therefore, if a developer wants to make their app visible in Facebook's App Center, it needs to use Facebook Login. 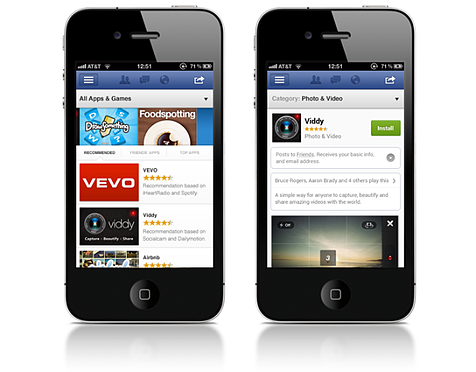 Facebook also announced that it will start giving developers the option to offer paid apps. While app developers had previously been able to experiment with in-app purchases, this will give them the option to also leverage a "simple-to-implement payment feature" that requires users to pay a flat fee to access their app(s) on Facebook. According to TechCrunch, the paid apps program will apply to both HTML5 apps and apps on Facebook.com.

App developers who are interested in signing up for the beta program should complete Facebook's form here to request more information.

App Developers & Marketers: What Next?

The launch of Facebook's App Center is great news for developers and marketers who want to get more visibility for their apps, so if you already have an app, your next move should be to create its app detail page. As we mentioned, you'll want to create and submit your page for approval before May 18 for your best chances of getting listed for the App Center launch.

If you were on the fence about whether to create an app for your business, Facebook's App Center launch might be a good motivator, since it seems like you'll have a better chance of getting visibility for your new app. Check out our list of innovative B2B mobile app ideas for some inspiration, as well as our guide to launching your app if you do decide to develop one.

What are your thoughts on Facebook's new App Center? Will you consider creating an app now that there will be better visibility for them?