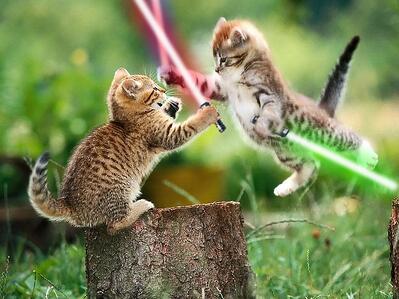 You may have heard we're hosting a live marketing debate this Friday. You may have also heard it's all about Twitter's livelihood.

As data-fanatics, what better way to approach this topic than with some eye-popping statistics? We put together two dueling presentations -- one that shows data in favor of Twitter reaching its peak as a social network, and one that that proves that Twitter is alive and well. Either flip through the slideshare presentations, or read through the stats below!

The Stats That Argue Twitter is Alive and Well

With many users following brands on social networks, and an even larger percentage of those users making purchases, it’s no wonder marketers are leveraging Twitter!

U.S. Twitter users are more educated, and have a higher income than the general population. (Source: Edison Research)

The more educated users there are on a social network, the greater the likelihood that these users are sharing valuable content. If these users also have higher incomes, they become better (read: higher revenue) prospects for businesses.

More than one-third of marketers say Twitter is "critical" or "important" to their business. (Source: HubSpot)

At the end of the day, your precious time should be allocated to the channels that benefit your business. But if other brands are finding Twitter to be critical and/or important for their business, there must be an incentive that is too irresistible to ignore.

Companies that use Twitter average 2X more leads per month than those that do not. (Source: HubSpot)

If you're generating leads like that from Twitter,ool for your business, then there should be no doubt in your mind when it comes to using the network. Having more leads for your sales team only improves the quality of your sales team by giving them a larger pool to select key applicants from.

66% of Americans say they are using social networks such as Facebook or LinkedIn. Of those 66%, only 15% use Twitter. (Source: Pew Center)

Although Twitter has 100 million active users, the site’s usage is still relatively low in comparison to other social networks. This suggests that Twitter’s health is not as stable as a platform of its age should be.

As of February 2012, 15% of adult internet users used Twitter. That’s only a slight increase from 13% last May. (Source: Pew Center)

Although Twitter usage is increasing, it's not increasing at as rapid a rate is it has in previous years; growth is inconsistent, and verging on stagnant.

Clearly, there is an abundance of inactivity on Twitter, leaving plenty of room for spammers and bots to infiltrate. And isn't that what users are tired of facing on a daily basis? Automated DMs and spammy tweets? It makes it even harder to see through the already cluttered network -- in fact, on a busy day, Twitter sees 175 million tweets. If that's not a needle in a haystack for the 21st century, I don't know what is.

So what's your take -- is Twitter on its way out, or alive and well? Do you have any additional stats that would help inform the debate? Tweet them via #MKTGdebate, and we might use them during the Live Marketing Debate this Friday, June 22 at 12PM EST!