Google Confirms Panda 3.7 Update, And Other Marketing Stories of the Week 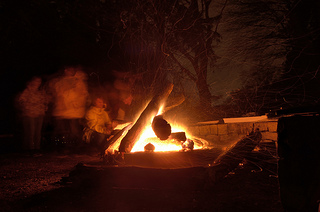 Given the summer heat we've experienced this past week here in the Boston area, I was tempted to rename this week's roundup the 'Marketing Campfire.' Unofficially, I think I will. Bring your s'mores, and gather 'round for something even more tantalizing than ghost stories: inbound marketing updates, freshly roasted from all around the web.

Rumors had been flying around that Google had made updates to its Panda algorithm. Well, it looks like they're true! Through a tweet, Google finally confirmed the latest Panda update, which we were alerted to by a post from Search Engine Roundtable. The updates began rolling out on June 8, which is about when many SEO experts and marketers began noticing some oddities in their SEO reports. Google has come out to say that the changes affect less than 1% of US search queries and just 1% of queries worldwide, so while we don't have any other details about the updates, it looks as though they've had a very minor impact on search. The lesson? Don't freak out about every little Google update. Keep your SEO strategies white hat, and you'll be good to go.

Google Rolls Out a Global AdWords Redesign, From SearchEngineLand

On Wednesday, SearchEngineLand reported that Google is rolling out its recent AdWords redesign to all users across the globe, after the redesign was previewed a few weeks ago. The "simpler, more beautiful design" is aimed at alleviating some users' concerns that the interface has become too overwhelming. The addition of "campaign types" should prove a welcome change for users who wish to customize their interface around the campaign they're creating.

One issue that's consistently dogged Pinterest during its rise in popularity is its failure to prevent image theft and enforce proper image attribution. The site has been taking steps to combat this issue, and releasing an article on its official blog detailing its auto-attribution program. Back in May, Pinterest began auto-attributing pins that came from certain sites, and now has expanded this program to include more sites. While this still represents a relatively small fraction of websites with content on Pinterest, it's an exciting beginning that you should keep an eye on as a marketer, should the opportunity ever arise for you to ensure your content joins the ranks of the auto-attributed.

Earlier this week on the HubSpot blog, we also reported on some interesting new data about the effectiveness of Facebook mobile ads, which indicated that mobile-only Facebook ads are generating a whopping 13 times more clicks than their desktop ad counterparts do. The data, gathered over the last two weeks since Facebook started offering the purchase of mobile-only ads, specifically refers to Sponsored Stories, the only type of Facebook ad marketers can buy for mobile. While this data is still super fresh, it's exciting to see that Facebook's new mobile-only ad offering is already making an impact on marketers' Facebook mobile ad spend.

US Marketers Failing to Provide Timely Social Media Responses to Fans, From MarketingPilgrim

On Wednesday MarketingPilgrim reported that, according to a recent study from Socialbakers, many US-based companies are failing to respond in a timely manner to their social media fans -- if they even respond at all. According to the data, companies respond to a measly 30% of their social media feedback, on average. And the average response time? 26 hours. Yikes! We're especially horrified by this data since we've recently made closed-loop social media lead nurturing a reality, for reasons exactly like this. Imagine all the leads those companies are letting slip away!

This interesting piece comes to us from Ekaterina Walter, a social media strategist at Intel, via the the blog of Brian Solis. As data-driven inbound marketers, it's all too easy to get caught up in data and analytics when making marketing decisions. And although we'd never undermine the role that data should play in marketing strategy, this article reminds us that it's important to get in the heads of the specific audience you're targeting, not just focus on their demographic data. As Ekaterina states, "You need to not only know the demographic data, but what that information means in terms of how they use the internet." In social media, knowing how your audience operates can make a big difference in how you craft your campaigns.

What other inbound marketing treats did you find on the web this week?