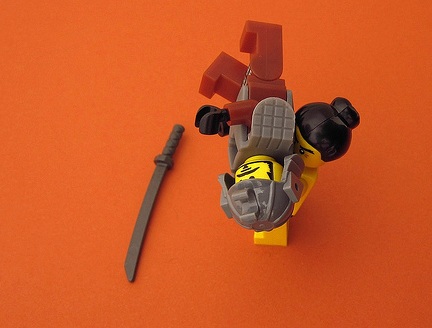 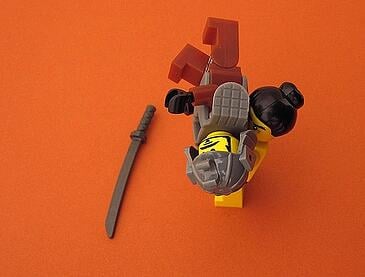 That means the medium's over-saturated, and if your social presence isn't awesome now any effort you put in will be too little, too late.

Wait, no, that's decidedly not what it means. Just because these marketers are on social media doesn't mean they're using it well. I know Woody Allen said 80% of success is just showing up, but if everyone's already nailed the showing up part, it's no longer much of a differentiator. Now marketers using social media have to actually, well, use it. And use it well.

If you don't know where you stand, it's hard to identify opportunities to be successful ... and eventually creep up and overtake those competitors of yours! So this post will show you exactly how you can figure out where you stand in the competitive social media landscape. You'll walk away with a quick and simple assessment you can run for your own business, and we'll even show you how to run it using two big brands as an example -- Starbucks and Dunkin' Donuts. Are you ready to start the process of crushing your competition on social media? Let's do it.

How to Perform a Social Media Competitive Analysis

To know how much muscle you'll need to put behind your social media marketing, you need to gauge how you stack up against your competitors. Time to perform a social media competitive analysis! First, grab your list of competitors -- ha, like you even have to write them down. Then visit the following social media sites to determine if your competitors have a presence:

There may be other social media sites that are important to you -- Google+, Quora, or YouTube, for example. If so, you should certainly perform an audit on those sites, too. But we're going to focus on the sites that we hear marketers worry about the most.

For each social network, you'll want to note a few key pieces of intelligence:

You should also hop off of the specific social media networks, and visit your competitors' homepages and other main pages of their websites -- particularly their blog, resource centers and any other parts of their website that frequently update with new content. What are you looking for? Social media follow and share buttons, which are a good indication of how seriously they take social media marketing. You'll also want to note just how much readers are utilizing those buttons. Are there a few shares? Hundreds? Thousands? Are there more on, say, LinkedIn than Facebook? This is the type of information you need to collect to determine which networks are working best for your competitors.

Notice that these measurements are both quantitative and qualitative in nature. And there are, in fact, other things you can look for on social media pages and profiles to determine whether a presence is strong. That's why we're going to show you how to apply this analysis to a real-life scenarios -- because there are plenty of indicators of a strong social media presence that supersede this more structured framework. You should still, however, revisit these metrics on a monthly basis to see whether both you and your competitors are making progress, stagnating, or falling behind. Remember, social media requires upkeep, and not every brand is cut out to be a social media marketer for the long haul.

Alright, to make this whole social competitive analysis thing a little clearer, let's pretend you work for Dunkin' Donuts' social media marketing team, and you're curious how you stack up against Starbucks. Let's walk through how Dunkin' Donuts might assess their presence versus Starbucks.

But you'll still need to dig in a little deeper to see what's making these pages successful (and where they're falling short). First of all, both companies are posting visually appealing photos -- a must for Facebook now that the new Timeline cover photo takes up more space on the page, and Facebook's EdgeRank algorithm favors content that received higher fan engagement (which visual content does). In fact, Simply Measured reports that visual content on Facebook has seen a 64% increase in engagement since Timeline debuted. I mean, how yummy does this look?

But Dunkin' Donuts is doing a better job at making that visual content relatable to their fans; many of the photos posted to their Timeline are encouraging fan engagement -- like their Get SanDDwich'd campaign, for example. In the long run, that type of content could help drive more fan engagement that will help Dunkin' Donuts expand their reach on Facebook. If their gamble is right, it's better long term thinking for their social strategy as they create more loyal fans.

But Starbucks has found their own way to increase engagement using an app in Facebook's 'Views and Apps' section. They have a Starbucks Card that can be e-gifted by their fans to their friends -- if that's not a genius way to get new fans and customer, I don't know what is. While Dunkin' Donuts does have an Instagram app available on their Facebook page, Starbucks is also doing a much better job of integrating their Facebook account with their other social media profiles, letting fans pin Pinterest content right from Facebook and even driving them to join Google+ hangouts via status updates.

Dunkin' Donuts earns a few points back, however, for being a bit more forward-thinking -- they've integrating gamification into their apps with a Sim City Social game, and a Baseball Shuffle game. They're also dedicated to promoting their MIB3 campaign, utilizing every means possible to get their fans to download their mobile app and get more "Likes."

Qualitative and quantitative measure all considered, both Starbucks and Dunkin' Donuts are doing a great job on Facebook. But on Facebook, high levels on engagement is critical to stand out in your network's Timelines, otherwise your growing reach will begin to stagnate. If I worked at Dunkin' Donuts, I'd say that Starbucks takes the cake. Or muffin.

Before we talk about what's making Dunkin' Donuts and Starbucks successful (or not so successful) on Pinterest, let's review our quantitative metrics again. Dunkin' Donuts has 2,866 followers, is following 2,403 pinners, and has 14 boards with 266 pins. Starbucks, on the other hand, has 10,202 followers, is following only 470 people, and has 405 pins across 7 boards. 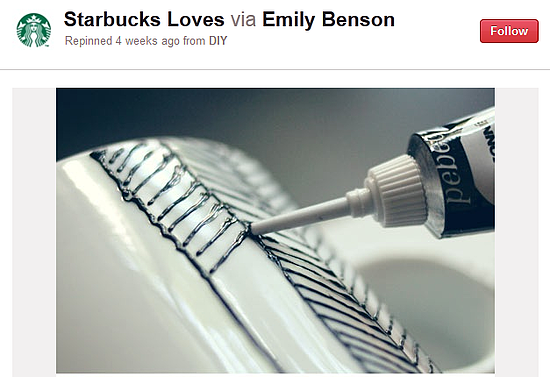 If I worked at Dunkin' Donuts, I'd be taking cues from Starbucks on the types of visual content that resonate on Pinterest. Clearly they've figured out the secret sauce for amazing, repinnable content on Pinterest ... so much so that they can see dramatically better results than Dunkin' Donuts with only marginally more effort.

Let's start with the numbers. Starbucks has 106,966 people following their company, while Dunkin' Donuts only has 988. Yikes.

You may be thinking -- who cares? These are B2C companies, and LinkedIn is a B2B social network. It matters big time. One of the easiest ways to grow your social media reach is through your employees! And if your employees aren't active on social media, you're going to have a lot of trouble leveraging their super powers. And we won't even touch the recruiting superpowers LinkedIn possesses!

So let's take a look at each company page to see if they are doing anything else to make their LinkedIn company profiles better. Frankly ... Dunkin' Donuts simply isn't. They aren't proactively posting updates to their page and haven't built out company tabs. But is Starbucks faring any better? Well, they are proactively posting company updates about who they are hiring, and where. They've also built out a Careers tab with both visual and written content that explains why prospective hires might want to work there. Not bad for a B2C company on LinkedIn!

The winner is kind of obvious here, it's the guy who actually uses LinkedIn ... way to go, Starbucks. The thing is, neither social network is totally crushing the other. If I were in Dunkin' Donuts marketing department, I might think of unique ways to leverage LinkedIn as a B2C company, and be the first of my competitors to conquer the professional network. You know, get it while the gettin's good.

Alright, let's break down the Twitter numbers for Starbucks and Dunkin' Donuts:

Finally, Dunkin' Donuts has approximately 156,600 followers, while Starbucks has a whopping 2,690,000 followers.

Those numbers are swaying pretty heavily in Starbucks' favor -- they have about 17X as many followers, and are only following approximately 25,000 more people ... and with less tweets, to boot. So what's making them so successful? Well, both brands are tweeting at the same frequency every day and interacting with fans consistently. Starbucks has incorporated visual content into their tweets far more than Dunkin' Donuts, though, which could be contributing to their wider reach. Starbucks is also making great use of hashtags to engage their audience; and if a hashtag takes off, it's a quick way to imcrease your follower count by leaps and bounds. Of course it could also be that Starbucks' account is just older, and they've had more time to accumulate that giant network of followers -- the Seattle brewers have a whole year on Dunks. There's an instance of the early bird catching the worm (or more worms, anyway) in real life.

After running an analysis like this for your own business and your competitors, you'll know where you stand, which means you know how far you have to go. Not only that, but you'll identify creative ideas to implement in your own social media strategy during this analysis! And when you revisit these metrics every month, it'll feel good to watch your number creep up faster and faster, until one day ... you overtake your competitors completely!

Have you performed a social media competitive analysis? How are you stacking up?

The Beginner's Guide to the Competitive Matrix [Template]

59 Focus Group Questions for Any Purpose

How Market Intelligence Will Make Your Marketing Team More Agile