Is it Time to Kill Lead Nurturing as We Know It? 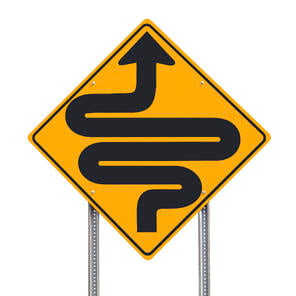 Psst. Wanna know a secret? I’m no longer sure that lead stages exist.

I know I shouldn’t admit it. After all, lead stages have been around since 1898, when Elias St. Elmo Lewis proposed the AIDA (Awareness, Interest, Desire, Action) sales model.* They’ve survived because they make intuitive sense and because they’re a useful way to organize marketing programs.

And yet … we all know in our heart of hearts that real buyers don’t follow such an orderly sequence. Indeed, there has been a fair amount of research  questioning the validity of AIDA and similar “hierarchy of effects” models. The fundamental criticism is that decision-making is more emotional than AIDA assumes. I’d also suggest -- admittedly without empirical proof -- that B2B buying teams flit among stages in no particular sequence, depending on who asks what questions at any given moment. This randomness is abetted by the internet, which makes all stages of information equally accessible on demand. But I suspect the process was equally chaotic before the internet began.

It may also be that buyers’ interests are especially fluid early in the purchase process, which is where marketers are most involved. Behavior may track the structured stages more closely as the purchase approaches and salespeople can shepherd buyers through the process. But I don’t have any evidence for this either.

The point is this: If buyers don’t move through a fixed set of stages, then it doesn’t make sense to structure lead nurturing programs to move them from one stage to the next. Nor should we use lead scoring to determine which stage a buyer is at. Yet that’s exactly how today’s most sophisticated marketing campaigns are built. To doubt is heresy.

Still, doubt is easy. Any jackass can kick down a barn**. I wouldn't discard the lead funnel without offering a better alternative -- and by better, I specifically mean more effective at producing productive leads. Here’s my two-part, modest proposal ...

Within lead nurturing programs , leads should be offered whatever materials they are most likely to select next. The options would be based on their demographics, recent behavior, and behavior of others. This is exactly the same as offering customers the products they are most likely to buy (think Amazon 's book recommendations or Netflix 's movie suggestions), and it can be based on the same predictive modeling technology used by consumer marketers. And, just as Amazon and Netflix offer more than one option, nurture programs should also offer several items -- within limits, since too many choices can depress response. There’s an important humility in offering choices: it recognizes how poor we are at predicting what people want.

Although providing options may seem simple, it’s a radical departure from current best practice in marketing campaign design. Today’s gold standard is a sequential campaign with complex branching structures. Sophistication is measured on the number and depth of branches and how they relate to buyer personas . But a campaign that just presented the most relevant materials would have a vastly simpler structure -- one big loop that keeps coming back with another message. The messages themselves would only differ in which offers they included. In this view, the measure of sophistication is the offer selection methods: the least sophisticated approach is a fixed sequence that pretty much ignores actual lead behavior, and the most sophisticated is one that best predicts which combination of offers generate the highest acceptance rates and best long-term results.

As I mentioned earlier, consumer marketers have already made a science out of those types of predictions. B2B marketers have rarely used similar techniques. Some of the reasons may reflect real differences in the business situation: B2B volumes are often too low to allow much statistical analysis, and it’s harder to offer a wide variety of options when you have to create all content yourself instead of picking books and movies developed by others. But there are ways to overcome both those problems and other obstacles as well. What’s really needed is a change in mindset. Techniques will follow.

For lead scoring, a switch from lead stages means a switch from using scores to track movement through funnel stages -- which, again, is today’s peak of sophistication. Scoring reverts to its original purpose of deciding which leads are ready for sales.

More specifically, the goal is predicting which leads the sales force will like. I chose the word “like” carefully -- it’s not a question of whether sales will accept a lead, but whether they’ll decide it’s worth sustained effort. This doesn’t mean that marketing automation systems should add a “like” button that lets sales rate each lead: in fact, that would probably be a bad idea. It would be simpler and more effective for the system to check how much activity sales has invested in the lead within, say, thirty days of receiving it. Leads that sales are working are, by definition, leads that sales considers worthwhile. Leads they don’t work should never have been sent to them.

This approach doesn’t magically solve the problem of connecting marketing leads to sales activities, which is the central challenge with any lead scoring process. But it’s easier to capture sales activity on marketing-generated leads than to link to those leads with actual revenue. More important, basing the lead score on an objective outcome avoids the typical method of using arbitrary criteria negotiated between Sales and Marketing. This negotiation may have some benefits of its own -- anything that gets Sales and Marketing talking to each other is probably worthwhile. But it relies mostly on the folk wisdom of the sales department, which is not necessarily correct and almost surely ignores some available data. By contrast, an objective measure like sales activity can be fed into predictive modeling routines that use all data, produce optimal scoring formulas, and automatically adapt to change over time.

Of course, an idea as powerful as sequential lead stages never dies completely. A choice-based approach needs to offer a full range of contents, and the most logical tool for inventorying those materials is a matrix of lead stages by persona. But while the content matrix helps you cook a full range of dishes, choice-based campaigns let you offer them as a buffet rather than a fixed-course dinner. If a customer wants to eat dessert first, why argue?

This article was written by David Raab , the vice president of analytics and optimization at Left Brain DGA, a demand generation consulting agency . The post is an adaptation of an earlier post that David wrote on his own blog, Customer Experience Matrix .

*Or not. There is some debate over AIDA origins .

** Sam Rayburn , although I bet he didn't originate it.