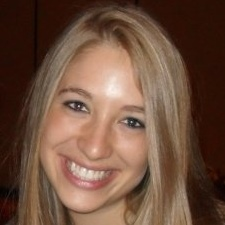 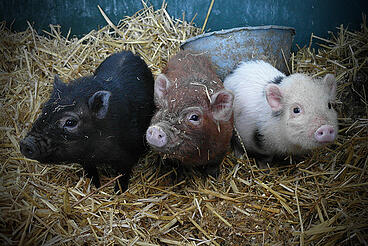 Remember what you thought when you first saw the Old Spice guy? When you heard the musical stylings of Carly Rae Jepsen in the emotional roller coaster "Call Me Maybe?" How about when you saw the inexplicably catchy "Gangnam Style" dance? These are some examples of virality (the marketing kind) at its best.

Newsjack virality, that's what you can do. In other words, you can take something that's already gone viral, and piggyback on its success by creating your own awesome spin on it. There are several companies out there who have done it -- and done it well. So we're going to highlight them in the blog post to help inspire you to jump on the next viral craze! Or, you know, so you can just relive funny viral trends. Whatever works.

T-Mobile Gets the Royal Treatment

In April 2011, the world was obsessed with the Royal Wedding. You remember ... white dresses. Hair fascinators. Pomp and circumstance. The Prince of England marrying Kate Middleton. That whole thing.

Just two weeks befor the event, T-Mobile launched this parody video. The actors and actresses look surprisingly close to the real people they are portraying, too!

With all of the media outlets practically flooded with the topic, it was a great way to get in on the action from a different angle than everyone else. It also aligned with T-Mobile's message "One's life is for sharing." Since the video was posted, it received 26.5 million views on YouTube.

Old Spice has become a go-to definition of viral marketing -- they were the first example in our intro for a reason. Their 2010 release of the "Man Your Man Could Smell Like" video led to a multitude of other videos they created based on customer suggestions... and of course, hundreds of other parody videos from other companies. That's why it was smart for Dollar Shave Club to not parody the Old Spice videos, but take inspiration from them for their now iconic video:

With this video, a small start-up that people had never heard of all of a sudden had a viral video with nearly 7 million views. Needless to say, piggybacking on the success of the Old Spice video's tone and theme worked pretty well here.

It's no secret that one of the most popular viral videos of this year was Carly Rae Jepsen's "Call Me Maybe." If you've never heard it, you might be one of the lucky few -- not because it's a bad song, but because it's so flipping catchy you can't ever get it out of your head. That also helped launch it to viral video status, and of course, soon it was being parodied left and right by the likes of the U.S. Olympic swimming team, Jimmy Fallon, and, the folks at mobile payment app LevelUp:

The video got about 5,500 views -- not the hundreds of thousands some others in this post got -- but it was the talk of the start-up community, and showcased the company's personality. Jumping on viral crazes like this are key to establishing yourself in your community when you're the new kid on the block.

In 2010, everyone was anxiously awaiting the launch of the movie The Social Network. Online shipping marketplace uShip jumped on the popular craze by creating this viral video promoting their product using The Social Network as a twist:

uShip was the first company to make a parody like this for the film, and their timing was perfect. Just as the movie came out and was gaining popularity and media attention, they launched this video that just happened to align perfectly with their product. Soon, uShip because a hot topic of its own in the media, getting them exposure to a new audience of potential customers and influencers.

Holy acronyms, Batman! LMFAO's song "Sexy and I Know It" hit the Billboard Hot 100 in the United States in September 2011. With its catchy tune and unique music video, many other people and companies started creating parodies. But did you expect NASA to jump on board? No, don't think many did. Take a look at their spinoff:

Since the video was posted in August 2012, it's gained nearly 3 million views. The video proved to be a great way for NASA to show they can have some fun, but also get more people on board with their programs. And if you've been following their work on Twitter via the Curiosity Rover, you know they're not just a one trick marketing pony.

The Sh*t People Say videos started a viral craze that led to popular videos like Sh*t Girls Say, Sh*t People Don't Say, and more videos with the same theme. PR agency Hunter PR in New York City caught on at just the right time to make a creative video that got people talking.

The video gained a lot of popularity on Twitter and eventually got nearly 100,000 views. Top PR blogs including PR Daily wrote about the creative video giving Hunter PR media exposure to the perfect audience -- not just other PR professionals, but students who could be recruited and companies who could sign on as clients.

HubSpot Does It Gangnam Style

Recently, Korean rapper Psy's video "Gangnam Style" went viral. The music video was released on July 15, 2012 and has gained over 280 million views on YouTube ever since. It has also been featured on Saturady Night Live, Ellen, and the Today Show. Here at HubSpot, we took the opportunity to create a parody of the video, quickly jumping on its viral craze before it lost its luster:

Within one week of posting our version of the video, it's accumulated over 100,000 views on YouTube and has been written about in the Boston Herald, BostInno, and Buzz Feed. For HubSpot, it's not only a great way to grow our social reach, but a way to give insight into our culture, too.

What other companies have you seen jump on the viral video craze?