How Not to Spend $35 Million on Marketing 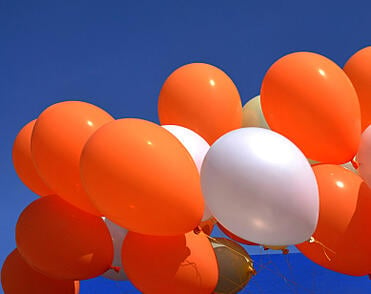 Today, HubSpot raised a $35 million mezzanine round of financing, giving us more capital to invest in our product and team, to bring more value to our customers, and to continue to help transform the world’s marketing to become more inbound and, therefore, more lovable. When we closed our second round of financing over four years ago, I published a humorous list of 10 ways we wouldn’t be spending the money. So what better time to revisit some crazy ideas of how to waste marketing budget than now?

How HubSpot Will NOT Spend the $35 Million We Just Raised

We could give up on making marketing that people love and just get in your face -- and with $35 million, we could get in your face big time! This would ensure every business has heard of HubSpot. Unless of course they fast forwarded through our ads and ignored our calls. Plus those who did get interrupted by our advertising probably wouldn't have a great opinion of us. Hmmm ... maybe move on to some other ideas?

2) Purchase an island and rename it “Inbound Island."

Larry Ellison, CEO of Oracle recently purchased the island of Lanai in Hawaii for about $500 million. We can’t afford that, but we could purchase a smaller island easily (my research is showing quite a few options in the $10-$35 million range), rename it “Inbound Island,” and elicit a series of updates to Wikipedia, Google Maps, and other services that would spread the concept of inbound marketing to even more people. Another benefit? We'd have a built in venue to host our INBOUND conference for years to come.

You can wrap a car in your company colors and logo for about $1,800 (check out car wrap pricing from this HubSpot customer), and with this new infusion of cash, we could do that to 20,000 cars -- more than enough to fill all the spots at your local sports stadium.

On the new Spaceship X, you can buy a ticket for a short flight into space and experience weightlessness. With $35 million (and the hope of nailing a big discount for buying in bulk), we could send everyone on that trip as an employee incentive, helping us recruit to fill all the open jobs we have.

Never mind that there aren't even that many users on Twitter -- or even that many people alive today -- we would immediately be the most popular account on Twitter. Many “black hat” online services will sell you Twitter followers as cheap at $5 for 5,000 of them, so we could rack up billions and still have money left over. Don’t rain on my parade and tell me they are fake accounts created by software -- I want to be more popular! Read about Seth Stevenson’s purchasing of Twitter followers in this Slate article.

You can buy balloons and helium for about $1 each. What if we got 35 million orange balloons and released them all up into the sky at the same time? We would certainly set some sort of new world record, but we'd also probably block out the sun for a while, and the broken balloons would probably choke every single dolphin and sea turtle once they came back to the ground. Scratch that. I don’t want to be known as the company that killed all the dolphins and sea turtles.

If people watch the Kardashians, why not a show about HubSpotters? At an estimated cost of $200,000 per episode, we could film 175 shows for about 15 seasons of material. Of course we wouldn't sell any ads to run during the show, because that wouldn't be inbound, right?

You can order basic business cards for about 1.5 cents each, and if you get 2 billion of them, you have plenty of money left over to rent airplanes. Then we could do an airdrop of the business cards over major cities, making it easy for people to just grab our contact information out of the air ... literally.

We could pick the 17 biggest cities and hire a skywriting company to write “HubSpot” in the sky above all these cities every day for an entire year. Imagine having the brand recognition of the sun or the moon? Powerful!

At an average cost of $70, we could give 500,000 lucky people a free tattoo of the HubSpot logo. Imagine the brand recognition that would come from having half a million people with HubSpot logo tattoos?

What do you think?  What are some other ways we could waste our $35 million? Leave your ideas in the comments!