Want to See the Future of SEO? Tune In to the Debate Tonight -- on Twitter.

If you're a business owner or manager, chances are you think of Twitter the same way you think of a bowl of cereal -- lots of flakes and nuts. 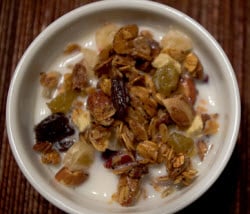 Social media is good entertainment for those with time on their hands, but it's a distraction from heartier work like search engine optimization that creates leads and sales.

In fact, as Twitter and other social media services evolve, they are becoming a key part of search engine optimization strategies.

These social network searchers represent a real opportunity. If you're skeptical, try this: Tonight at 9 pm EDT, when you sit down to watch the presidential debate, get a laptop in front of you, and do a Twitter Search for " debate ". Then sit back and watch the comments roll in.

If your business wanted to reach people interested in presidential politics this would be your ideal audience. TV wouldn't work well (there aren't any commercials during the debate), Google wouldn't do you much good (no conversation happening there), and newspaper ads -- well, I wouldn't know. I haven't seen one in months.

Twitter is a different story. If you get involved in the discussion, make valuable additions to the conversation, people will find you and your business. Instead of using outbound tactics to interrupt people trying to discuss the debate, you're using inbound tactics to engage them and draw them into your site.

"That's nice," you say, "but politics is completely irrelevant to my  flux capacitor  industrial advisory service. We're a B-to-B company with high-value sales. We're not going to get leads from Twitter."

Don't be so sure.

Google generates leads for businesses because people turn to it for product research. Increasingly, people turn to Twitter and other social networks for the same reasons.

In many cases, social networks are more effective than Google. On Google, when you type in "digital camera" you're overwhelmed by an ecosystem of advertising designed to influence your purchase decision. On Twitter, you get people speaking authentically about digital cameras they know and use.

Certainly, there are challenges that come with social-network SEO. Twitter SEO can't be bought. You have to engage in the conversation authentically and effectively. That's hard and takes time.

Social networks also means you have less control over your message. On Google, you simply buy keywords, then decide what to say. In social networks, you are one of many voices discussing your product and it's harder to know which voices are potential customers.

But don't use these challenges as excuses to ignore social networks. Your customers are searching on social networks, and your search engine optimization strategy can't exclude those searches.