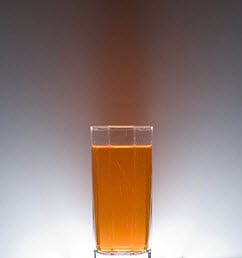 By now I'm sure you got the memo: Barack Obama did an AWESOME job using social media, and that's part of the reason he's going to be the 44th president of the United States.

I don't want to belittle the Obama Campaign. They did amazing work, and marketers have a lot to learn from them.

But let's put the Kool-Aid aside for a second. The Obama campaign is a lot different from your software startup. They raised tens of millions of dollars. They had thousands of unpaid workers. They could afford to throw tons of money at social media, without really knowing if it would work.

Your company, not to mention 99.9% of other businesses, don't operate that way. The economy is squeezing your budget, your time is precious, and you're not hiring anybody new anytime soon. If you're getting involved in social media it needs to pay.

So how do you do that?

On the marketing team here at HubSpot we make social media pay by measuring it in three main ways:

With this approach, we can see which social media tools are having an impact on our business, and which aren't. For example, over the past six months we've seen a significant rise in the number of visitors, leads and customers we've generated from Twitter. This is part of the reason HubSpotters are now engaging more on Twitter.

(2) Channel Reach -- We keep track of the reach of each of our social media channels: Twitter, Facebook, YouTube, SlideShare, LinkedIn, Blip.tv, etc. We can see the value of this reach simply by comparing it to the reach of paid media channels, which we use less frequently.

(3) Brand Mentions -- In addition to leads and reach, we track social media mentions of HubSpot and other HubSpot brands. By following the change in the number of people talking about our brands from month to month, we can assess the effectiveness of our social media marketing campaigns.

How do YOU make social media pay? What sorts of metrics do YOU track?

There's a lot more to discuss here. To keep the conversation going, we're sponsoring the  Boston Social Media Breakfast tomorrow morning  at Ryles Jazz Club in Cambridge. The discussion will be about "ROI in Social Media" and the speakers will include  Andrew McAfee, of Harvard Business School ,  Matt Culter of Visible Measures  and  our CEO, Brian Halligan .

The event is sold out, but we'll be posting a live stream. You can check back here for the link to the stream, or just follow me on Twitter , where I'll post the link tomorrow morning.