How the King of Remarkable Content Will Live on 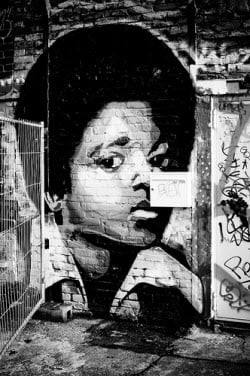 I've tried to moonwalk like Michael Jackson many times. I tried it with my parents sitting in front of the TV. I tried it with classmates dancing at college parties. Yet I never learned how to slide my feet as effortlessly as the King of Pop.

Yesterday, as Michael Jackson died , people all over the world moonwalked, listened to Billie Jean and cried. The world paid tribute to the King of Pop who left us at the age of 50.

Like his music or not, you had to respect Michael Jackson -- as a content producer and a marketer. He sold over 750 million albums, including Thriller which was 28 times platinum and the largest-selling album ever.

Why was he so special? And what can we learn from him? I'd start with three things:

Michael Jackson was the epitome of remarkable. He was remarkable in his music making, dance moves, spontaneity and eccentric lifestyle.

When you produce something new, quirky and valuable, the world appreciates it. You don’t have to paint your face white and do the Thriller dance by a foggy graveyard to get noticed. You do have to be creative and experimental -- whether it's on the world tour for your new album, or in the first post on your new business blog.

Stirring controversy was always central to Michael Jackson’s success. The New York Times described the singer as " forever a paradox ." And the public seemed to love this element of controversy about him.

This is a lesson for anybody trying to attract attention. Audiences are drawn to thought leaders questioning widespread trends, asking sensitive questions and looking for deeper explanations. Michael Jackson did this with his music and his videos; you can do it with content on your business' web site.

Michael Jackson is gone, but that's not going to stop people all over the world from trying to get his moonwalk right . That's a tribute to his work. Content reproduction -- dance-move theft, retweeting ,  reblogging -- is a sign that your work and your ideas have resonated. It should be your goal.


Michael Jackson thrived in an age of mass media. Today, mass media is dissolving, but the exceptionalism, controversy and leadership that helped Jackson thrive are just as important to the individuals and small businesses who now create the media.

Photo: A Michael Jackson mural in Berlin by stylespion .