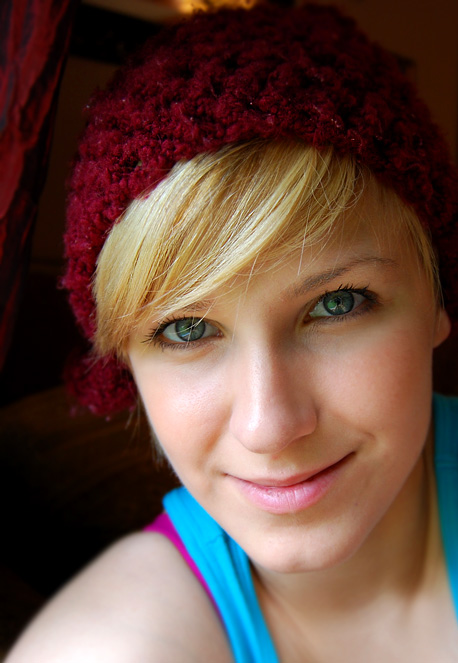 Artist Natasha Wescoat has done just fine online with all three. She uses blogging and social media to promote and sell her creative work online . "If I can do it, anyone can," she said in a telephone interview yesterday about her social media usage. Here are eight tips that emerged from our conversation:


1) Experiment, experiment, experiment Natasha got started with experimentation. In 2005, she began video blogging and saw that people responded to her content. Afterward, she got interested in MySpace and Facebook. With almost 5,000 followers, she has now become an avid Twitter user.

Experimentation helps you keep up with changing industry landscapes. As Ben Rowe commented on Natasha's Mashable post , "Twitter mightn't be the silver bullet for all artists. A blog, Flickr or Etsy page might not be either. But the artists who are out there trying these new tools are already miles ahead of the artists who aren't."

2) Set time for social media Make sure you are not overusing the social networking sites. "I try to set a time everyday to check all my different networks," said Natasha. Twice a day, after waking up and before going to bed, she checks her Twitter replies. That helps her avoid habitually overusing the tool.

3) Patience is a virtue If you are just getting started with social media, be patient. "It takes a lot of patience and research," Natasha said. You won't see instant results because developing relationships takes time. Natasha suggested that social media rookies focus on "building their networks and relationships because that will be their most powerful tool."

4) Train Your Brain Train your brain to regularly read other people's blogs and tweets. They provide good examples of the interaction that you are looking for. When she first started using Twitter, Natasha found herself at a loss. "I didn't have any idea what to say. But I read other people's discussions, trained my mind and got started on new ideas," she said.

5) Build friendships The importance of real interaction and conversation versus scalejacking can't be emphasized enough. "Work on the friendships, most of all," said Natasha. "Don't think about numbers." If you are not working on the conversations, you will eventually lose your existing connections. Social media requires not only networking across different channels, but also engaging in those networks.

6) Add personality If you feel comfortable revealing details about your personal life on Twitter, do it! The nature of social media is to express your personality. Many companies encourage employees to represent their brand on Twitter without fear of getting sabotaged. As a successful example of this practice Natasha mentioned Scott Monty , the head of social media at Ford Motor Company.

7) Bring target audiences in Bringing your target audience to Twitter is an enormous step toward achieving your goal as a marketer. For instance, Natasha uses her blog and newsletters to attract her readership to Twitter. You too should use widely known tools to draw connections to your Twitter page.

8) Consistency + Conversation = Success Although there is no fixed success formula for social media interactions, a certain pattern repeats for the successful Twitter users. "Even though social media is intuitive and fluid, there is a main theme--consistency and delving into the conversation," said Natasha. By adopting these two features, you can network more effectively.