How Crafters Transformed a Company 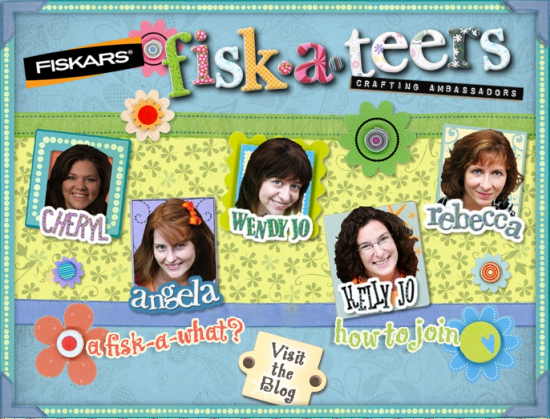 This guest post is written by Paul Gillin , writer, speaker, and online marketing consultant. Catch Paul speaking at the Inbound Marketing Summit in Boston, MA this October. Register with the code HUB200 and get $200 off the ticket price.

If you follow social media marketing closely, you’ve probably heard the story of Fiskars , the Finnish maker of fine cutting tools that has used a private social network to dramatically boost specialty store sales. What's less well-known is how customer communities have transformed the way this 300-year-old company does business.

I wrote about Fiskars' remarkable community of crafting enthusiasts called the Fiskateers in the introduction to my latest book, Secrets of Social Media Marketing. The company has leveraged this group to take its message to the under-utilized channel of small retailers. Reaching these merchants would have been prohibitively expensive if done by a core marketing team. So Fiskars let its customers do the talking. The result: a threefold increase in year-over-year sales.

I recently caught up with Suzanne Fanning, Director of Communications at Fiskars Americas, to see how the program was going. In a word, very well. What I hadn't understood from earlier interviews was the degree to which quality customer feedback comes to pervade everything the company does. The Fiskateers demonstrate why social media should be thought of as much more than just a marketing program.

Some basics: Prospective Fiskateers must fill out an application form to gain entry. While the company rarely turns down applicants, this requirement gives members a feeling of belonging. Once you’re a Fiskateer, you’re special to Fiskars.

And boy, are you special! When my wife, a hopeless crafting enthusiast, heard about this program, she immediately applied. A few months later, the company invited her to a local member meeting. Some 30 Fiskateers spent an entire day swapping techniques, trying out new tools and generally bonding with each other. Dana came home that day laden down with hundreds of dollars worth of merchandise. It's safe to say she will be a Fiskars customer for life, and she's not shy to share her enthusiasm.

The company does plenty of live events at the local and national level to connect members with each other and with Fiskars. Its overarching goal isn’t to sell more scissors as much as to “have that emotional bond with consumers,” Fanning told me. “Customers didn’t have that bond with Fiskars the company, but scrapbooking and crafting is a very personal and intimate thing. We wanted to tap into that and say "We understand. We get you."

The meeting Dana attended was hosted by two Fiskars representatives, one from communications and the other from engineering. In fact, nearly every meeting of the Fiskateers now involves someone on the product development side. The value of the Fiskateers as a driver of product innovation was the great unexpected dividend of the whole program, Fanning said.

At first, people on the business side resisted the idea of bringing customers into the product development process. There are competitive concerns, and frankly, engineers aren't known for inclusiveness.

Once the dialogue began, however, that resistance quickly melted. “We started with small projects to make Fiskateers feel like they were giving input and quickly they realized we were getting fabulous insight,” Fanning said. "They really wanted a voice in our company."

That voice of the customer now pervades nearly everything Fiskars does. Fiskateers are polled for advice early in the development process and the group has even taken responsibility for naming some new products. Engineers, who initially doubted the value of the community, renamed themselves the “Fiskaneers.”

Fiskars now channels most of its first-line market research through the group, saving money and time. It no longer conducts expensive focus groups. Research has shown that the Fiskateers almost perfectly reflect the larger community of crafting enthusiasts.

Fanning remembers one product manager who approached her looking for ideas for new shapes to head to the company's line of cutting templates. Fanning posted the request to the Fiskateers and gathered 70 good ideas within 12 hours.

With a hit on its hands, Fiskars is running with it. Some Fiskateers have been qualified as official product demonstrators. A new website now lets members submit and rate ideas for new products. Product managers hold live chat sessions to get feedback. Vendors of sewing machines and magnifying glasses devices have offered to buy advertising on the site.

The lesson: social media is about much more than marketing. Anyone who touches or serves customers in any way can benefit from a closer relationship with those people. Recent McKinsey research revealed that a majority of companies that have bought into Web 2.0 marketing are finding benefits in other areas of their organization. Many say social media is changing the way they do business. Just like it has at Fiskars.

Not every company can create a community like the Fiskateers, but then again, Fiskars never expected its program to be such a runaway success. Instead of looking for people who were passionate about cutting tools, it focused its energy on people who cared about what you could do with cutting tools. The results were more than a pleasant surprise. The company originally expected to recruit no more than about 200 Fiskateers. It will soon welcome its 6,000th member.

Paul Gillin is a writer, speaker and online marketing consultant who specializes in social media. He's a veteran technology journalist and the author of two books: The New Influencers (2007) and Secrets of Social Media Marketing (2008). Fiskars is an example of the kind of new media success stories the Inbound Marketing Summit will showcase.