Yes, but just like celebrities with thousands of followers on Twitter, The Biggest Loser creates un realistic expectations.

Certainly, it's admirable that extremely overweight individuals are taking the initiative to lose weight and get healthy. 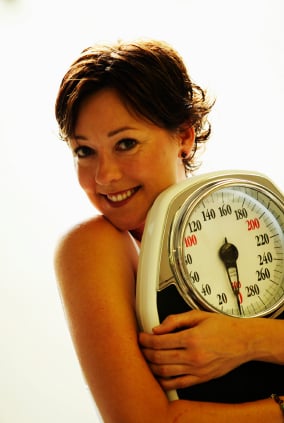 That said, there's no realistic way someone can lose so much weight in so little time. And by creating the impression that it's possible, The Biggest Loser raises the expectations of many people who will never be able to achieve such rapid weight loss.

As Neilsen reported last spring, more than  60% of Twitter users fail to return to the site the following month .

It's impossible to say exactly what causes this behavior, but it's clear that many Twitterers begin with inflated ideas of their potential for Twitter celebrity.

Twitter's mass of celebrity users gives the impression that anyone can have tens of thousands of followers (or millions if you're  Ashton Kutcher ). When new users signup expecting to be an online sensation in a short amount of time, a low  Twitter Grade  and a modest couple dozen followers may make them feel like no one is listening and no one cares -- so their interest in Twitter fades, and they become Twitter Quitters.

So, how do you avoid this type of let-down?

For dieting, it's simple. Diet to get healthy! Do it to because you want to! Do it as a lifestyle change, for the long term with a realistic outlook that change doesn't happen over night.

The same goes for Twitter. Do it because you want to -- because you care to listen to what others are saying, because you have a creative strategy. Don't expect to have a league of followers by tomorrow. Everything in its due time.