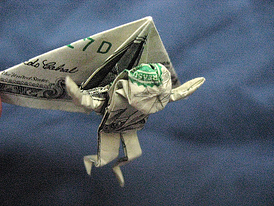 Today I came across a study released earlier this year by the Altimeter Group titled “ENGAGEMENTdb: Deep Brand Engagement Correlates with Financial Performance.”

The study looked at how the 100 most valuable brands — as identified by the 2008 BusinessWeek/Interbrand Best Global Brands ranking — engaged in 11 different online social media channels. They ranked the top 10 companies based on their social media engagement with their customers, and came up with this list:

The study focused not only on the breadth of the social media channels they were engaged in, but also the depth to which they interacted with their audience. The most amazing statistic in the report is the following:

“The above companies on average grew 18% in revenues over the last 12 months, compared to the least engaged companies who on average saw a decline of 6% in revenue during the same period. The same holds true for two other financial metrics, gross margin and net profit.”

As far as I know, this is the first study directly linking social media engagement to financial performance. It is well known that social media can drive traffic and increase leads – but the connection between social media and more traditional financial measurements such as revenues, gross margin, and net profit were previously unclear.