Social Media Makes No Sense For My Company 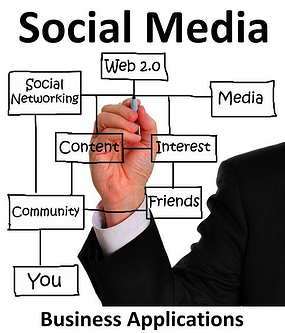 I talk to business owners from hundreds of different industries each month and I've observed that a wide variety of companies have begun to take interest in social media. According to a study done by Cone Business , sixty percent of Americans use social media, and of those, 59 percent interact with companies on social media Web sites. One in four interacts more than once per week.

This means that regardless of who your audience is, chances are at least some of them are on Facebook or Linkedin or on another social media site. Don’t believe me? Why not try a simple little test….

I work mainly with B2B customers, so here are a couple extremely niche examples that you may be shocked to see on social media:

As you can see conversations about your industry are happening in social media whether you’re participating in them or not. So why not join in?

According to the 2009 Marketing Sherpa Report on Social Media Marketing & PR   76% of marketing and PR professionals "agree" or "strongly agree" that social media marketing is changing the way their organizations communicate. This data signifies a strong interest in social media but it does not necessarily mean every industry has started participating. The two most significant barriers cited to social media adoption were "lack of knowledgeable staff" and " inability to measure ROI ." Fortunately, there are social media consultants who have emerged over the last few years to fill the knowledge gap, and many tools (such as Hubspot's social media monitoring tools ) are available that help to easily monitor social media accounts and join in on the conversation.

Remember if you are an expert in your field, your expertise is very valuable to your audience. Just by performing the Yahoo Answers test above, you probably unearthed several opportunities to reach out to your audience even if you belong to an extremely niche industry. Whether you are a sales consultant, a real estate agent, software Company, or in the manufacturing industry, you really have nothing to lose and everything to gain from at least getting started in social media.

Why You Should Start Using Social Media Today: The First Mover's Advantage

The old adage "The Early Bird Gets The Worm" took on new meaning when the internet age came to be. That bird got a name (Twitter) and the Worm became known as "The First Mover's Advantage."

If you were one of the early adopters to have a website, or if your company among the first companies to register their domain name, then you are probably reaping the benefits today. These benefits include higher Google Page Rank, a secured domain name, and likely some valuable links you have gained to the site overtime. Just registering a domain has made some people millionaires. Below are a few of the most expensive domain names sold in history:

Why should this matter to you? Let’s use twitter as an example. Have you registered your company twitter name? What about your own name on twitter? Even if you are not using twitter today, having this registered could potentially save you money, and a lot of hassle. It would take you less than 5 minutes to register both….that is if it’s not too late. (Especially if your competitors read the same Cone Business in Social Media Study I did.)

Internet marketing moves quickly, and the longer you wait the more difficult it is to catch up.