Did the Clue Train Stop at Your Marketing Department?

A couple of weeks ago, a classic book calle 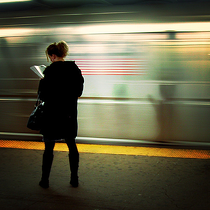 It turns out that this book has been very influential in my life.  My last company, Groove Networks, was founded by Ray Ozzie who is now the CTO of Microsoft.  Ray was a big fan of the book and its authors and got me into it.  Groove essentially was trying to build a modern communication platform to enable organizations to run the way the Cluetrain folks thought they should run.  The good news about the book is I think it very accurately predicts the future, but in the case of the way organizations run, it is still in our future.

My current company, HubSpot, was founded by yours truly.  HubSpot is essentially building a modern marketing platform to enable organizations to engage their marketplace in much the same way as the book recommends.  The good news is that the book very accurately predicts the future of marketing and in HubSpot's case, I think the future is happening right now.

The book starts out with the 95 thesis.  This is a take on how Martin Luther nailed his 95 thesis to a church door in Germany several hundred years ago that ultimately led to the Protestant Reformation and the split off from the Catholic Church.  I took the liberty of pulling out the Cluetrain theses that I think apply to modern marketers everywhere today:

Is your business using practices that worked pre-internet today or have they embraced the practices espoused in the Cluetrain Manifesto?  In other words, did the Clue Train stop at your marketing department or did it go on by?  If it went by, can you schedule another stop for yourself?

Get the Inbound Marketing Book