Learning From Leaders: The Inc. 500 and Social Media Usage 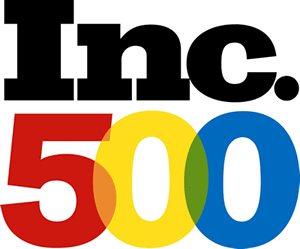 For the third consecutive year, the Center for Marketing Research at University of Massachusetts Dartmouth has concluded that social media is on the rise among businesses. Just released is a rare, in-depth study of how social media is being used by the US’s fast-growing private companies. The study should be an exciting find for any marketer or CEO looking for data on how US companies are navigating the social landscape online.

Social Networking and Blogging is on the Rise

The most important takeaway from the study is profound proof that knowledge about social media is on the rise. The study found that 75% of companies who participated in the survey were very familiar with social media in 2009, a dramatic increase over the 57% of respondents familiar with some type of social networking in 2008. The rising shift in awareness about social networking has also lead to an increased adoption of social networking for business use.  The study found that 62% of executives were familiar with Twitter and that 52% percent were also using the micro-blogging and social networking platform to promote their business.  Interestingly, 1 out of 4 Inc. 500 B2B companies also believe that Twitter is an appropriate place to communicate with vendors, suppliers, and partners online.

The study also identified blogging as an area that has experienced growth. Forty-five percent of respondents surveyed maintained a blog at their company in 2009 (a slight jump over the 39% in 2008 and 19% in 2007 who blogged). Of course, the same growth didn’t extend across all social platforms. Message boards, online video, wikis, and pod-casting are all examples of social networks which either leveled off between 2008 and 2009 or have experienced a slight decline in interest.

Social Media is Here to Stay

Companies in denial about the impact of social media will be astonished to learn that 43% of the Inc. 500 companies who responded believe social media is a "very important" piece of their business and marketing strategy. A whopping 91% percent of companies also admitted to using at least one social media tool, a significant increase over 77% of respondents in 2008.

Interestingly, many of the companies surveyed who had not yet begun using social media in their business plan to do so in the future. Forty-four percent of companies that do not currently blog intend to start a company blog in 2010, while 27% plan to begin building their business on Twitter next year.

One of the most promising things unearthed in the study was that respondents who experimented with the newest social networking addition, Twitter, reported an 82% success rate; other social networks also drove incredible success rates which hovered around 87% overall.

Though companies have altered how they feel about social media over the years, one thing is clear, business adoption of social media is growing very swiftly. Almost every company in the survey admitted to using at least one social media tool in 2009, and out of those individuals 87% have experienced success using it to drive engagement, hits, leads and sales.

Point-Pointer-Point: If you’re not yet using social media as part of your marketing strategy, you’re woefully behind.

30 Leadership Behaviors You Need to be an Excellent Leader