Is Google Buzz’s Real Purpose To Be a Buzz Killer?

I will be upfront in saying this post is supposed to stimulate you to think about the monopoly known as Google.   It was almost a year ago when I last wrote about getting a grasp on Google , and with the introduction of Google Wave and now Buzz I think it is time for a quick update.  Remember, Google is first and foremost an advertising company.  97% of Google's revenue comes from selling online advertising .  Some would argue that they are a media company, but that is simply a technicality.

Before I go any further, let me just say to any marketer that Buzz doesn't change the rules of the game.  You still have to create fantastic content, promote it accordingly and have obvious compelling offers to be successful. 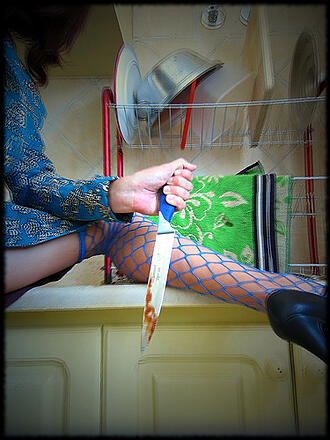 We even had a lunch pow-wow last week with some of the marketing experts at HubSpot to discuss Buzz.  I like to pretend that we have a few smart people floating around HubSpot, and even they didn't fully understand the whole feature set.  Only Google could introduce an application like this and provide NO guide on how to use it besides a two minute video!  What is more shocking is this isn't the first time that they have done it.  Remember Google Wave anyone?

They Claim ‘Do No Evil,' But Google Is Still Scary!

At this point, Google probably knows more about you than the government does.  Okay, so maybe this is just me and you aren't so transparent on the Web, but let's talk about ways they potentially gather data about your behavior.  Google collects specific user behavior in ways including Gmail, Google Analytics, YouTube, AdWords, Google Search, Feedburner, and I really could go on for a while here.  If you watch HubSpot.TV you might recognize the name Karen Rubin .  Karen made the comment on Friday, "Google knows enough about me to make an exact clone!"  She really isn't that far off.

Another member of our team Brian Whalley made the comment that he couldn't even figure out how Google Buzz had made the connection to one of his personal blogs.  When we drilled in, it wasn't mentioned on his Google Profile and we finally figured out that Google connected the dots from his Google Analytics profile.  I have a problem with a company connecting the dots like this and not telling us what other dots they are connecting or how our usage of their tools affects the greater good.

Chew on this for a minute...  With people who "used" to visit your website now consuming your content not only through Google Reader but also now sharing and consuming it through Google Buzz, Google is collecting unprecedented amount of data on popular content.  How do we know that this doesn't affect search results?  We know Google is starting to bend some of the traditional rules through personal search, but this potentially adds a whole new wrinkle to the equation.  Not only that, but it would be a little challenging to conduct a test to see if this is even the case.

It is hard to find updated accurate data, but it looks like Gmail has about 176 million accounts and Twitter has 75 million accounts .  If you read any of the Twitter news (Really, who can avoid it over the last year?), then you have probably heard how Google has tried to purchase Twitter on a few occasions.  We talk a lot about social media and how real-time search is one of the next revolutions of the Web.  It is currently Facebook and Twitter who are actually leading this revolution, not Google.

Photo Credit: Miss Peacock In The Kitchen With A Knife by Brittney Bush