And the Winner for Most Important Social Media Channel is ... 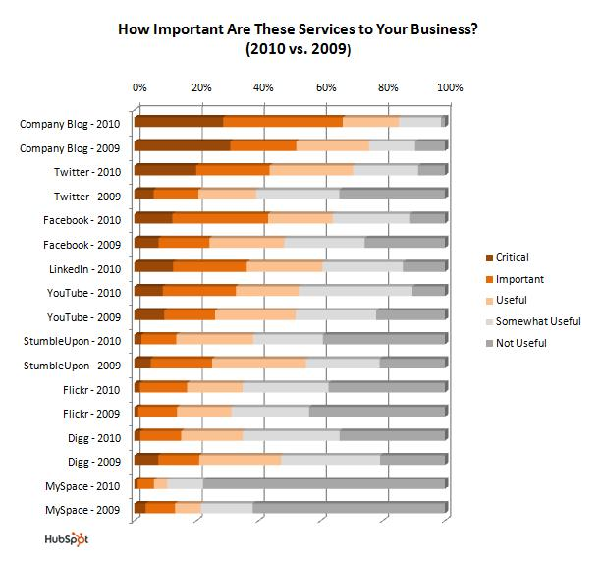 Up from 2009, 85% of users ranked company blogs as "useful" or better this year, showing increased preference for creating conversations around the industry and interacting personally with customers. Twitter came in 2nd place with a huge leap to 71%, and Facebook and YouTube followed suit with increased ratings.

Social news/browsing sites Digg and StumbleUpon dropped rankings over the past year, while MySpace completely fell off the map with only 10% of users rating it as "useful" or better.

Other key findings of the 2010 State of Inbound Marketing report :

Webinar: The 2010 State of Inbound Marketing