Is the Earnings Press Release Dead? Google Thinks So. 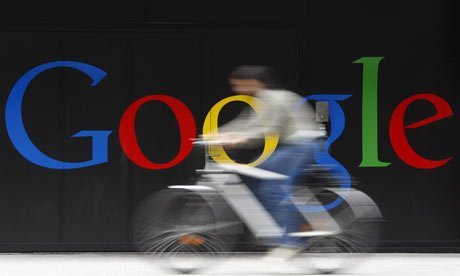 Traditionally, companies that are publicly traded would use press releases each quarter to officially announce their quarterly earnings to investors and media. However, one major company has recently retired this practice. Reuters has reported that search engine giant Google, instead of issuing a traditional earnings press release, released a three line statement that directed reporters and investors to a page on Google's website: 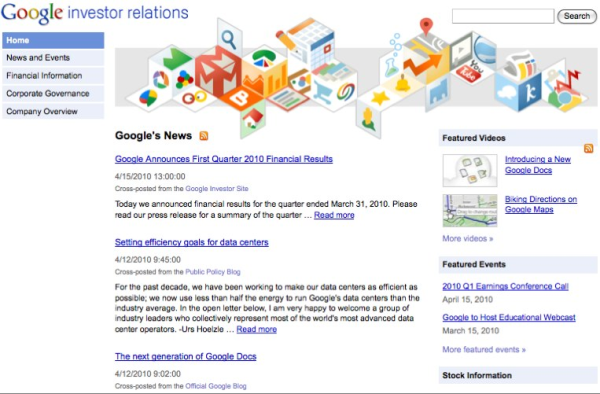 The concept of social media newsrooms has been around for many years. It was pioneered by SHIFT Communications , who released their own template in 2007. In recent years, many companies from Cisco to GE have taken a shot at their own versions of a social media newsroom. The main idea of this type of page is to replace the section of a corporate website that displays a long list of press releases. Press releases are replaced by a page with aggregated company news from a variety of online sources. Content for social media newsrooms can include blog posts , related company links, updates from social networks like Facebook and Twitter, and media clippings from public relations coverage.

With its first quarter earning statement, Google has pushed earnings press releases to the back burner in favor of an investor social media newsroom. Google's investor relations page includes blog posts, company videos and media coverage, in addition to earnings information. The page also serves to help educate investors and media by connecting them to more company and corporate governance information.

While Google made a major change in how publicly traded companies report earnings, this doesn't mean social media newsrooms are only for big companies. We have long blogged about the importance of content in a successful inbound marketing strategy . Social media newsrooms give marketers and business owners a way to bring together all types of online content related to their businesses in order to leverage it for public relations and customer relations activities.

Most content on the web today is available as RSS feeds . Companies can use RSS feeds of their content and create a page on their website that is updated automatically by RSS. By using feeds from blogs , social networks and even Google Alerts, companies can create a useful resource that requires little ongoing maintenance.

How do you feel about Google stopping its investor relations press releases? Have you considered using a social media newsroom for your business?