The FIFA World Cup: The Biggest Event in Social Media Yet? 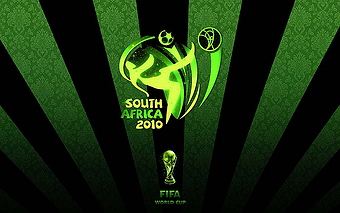 The 2010 FIFA World Cup begins in South Africa today, making it the first World Cup since the explosion of social media. The growth of social media since the last tournament in 2006 has led some bloggers to predict that the tournament will be the biggest event to ever hit Twitter, Facebook and YouTube, due to its international appeal (compared to other events that have been popular in social media such as the United States presidential election, the Super Bowl or the Oscars). Matt Stone, head of new media for FIFA (soccer’s international governing body), recently declared, “This is the first social media World Cup, where ordinary fans can become instant pundits from their living rooms.”

The World Cup is also a massive groundswell of marketing activity. This might be social media’s first truly global marketing foray and, based on what I have seen, social media marketing strategies will be at the heart of the 2010 World Cup. Advertisers have already harnessed the power of this; major World Cup sponsor Sony Ericsson is focusing its advertising dollars on social networking, shunning traditional marketing in the process. Sony has launched what they are calling the Twitter Cup, which will pit tweets from countries participating in the World Cup against each other. Coca-Cola will also be running an ad exclusively on social media during the World Cup.

I’m surprised that FIFA itself hasn’t been more robust in social media during the days leading up to the World Cup. Sure, it has developed The Club, FIFA's own social network which has 1.6 million users, but it feels like a missed opportunity that FIFA hasn't created an official Facebook application to capture the immense global anticipation and to join together the global elements of the tournament.

Consider that the 1.6 million users of the FIFA application pale in comparison to the 400 million member reach of Facebook, many of whom are soccer fans. It feels as if FIFA hasn't really leveraged the significant power of the social networks that already exist (and where people already spend their time).

So, what are the key marketing takeaways from this?

If your company wants to engage in social media, do so in the users’ native space rather than trying to aggregate it back to your own website.

Consider the difference in approach between Sony Ericsson, whose goal is to use Twitter to play in the supporters’ space, and FIFA, who created its own social network rather than leverage what already exists (and is popular).

In any case, when the world’s most-watched sport and the world’s most-used social media sites meet this Friday for the first time, it will be an interesting experiment in old vs. new media. Surely some tweets, websites and advertisers will rise above the rest as the go-to sources and innovators. Regardless of whom you’re cheering for, how social media plays out during the month-long tournament is something that will definitely be intriguing to watch.